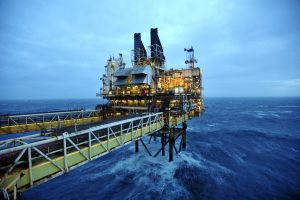 09 October 2018, News Wires — The costs and operating expenditure needed to produce oil and gas in the British North Sea are set to rise both in overall and in per-barrel terms this year compared with 2017, the country’s regulator for the sector said on Tuesday.

Overall operating spending in the mature North Sea oil and gas basin this year is estimated to rise almost 9 percent to 7.5 billion pounds ($9.8 billion), according to the Oil and Gas Authority. But this is still almost third lower than in 2014, when oil prices over $100 a barrel had pushed up costs.

This unit cost level is also around a third lower than in 2014.

The watchdog forecast that total operating expenditure and unit operating costs would not keep rising after 2018 but would stay broadly flat or fall slightly through 2023 in a sign that years of intense cost cutting by the oil and gas industry have come to an end.

Total 2018 North Sea production is set to rise around 3 percent to 613 million barrels of oil equivalent.

Oil and gas companies invested billions in the North Sea in the late 2000s to meet surging demand from Asia but the subsequent oil price rally masked huge inefficiencies and waste.

When oil prices fell in 2014 as shale producers in the United States competed with OPEC for market share, North Sea output had already dwindled to around 1 million barrels per day from a peak of 2.6 million in 1999.

Investments were drying up and many operators were focused on plugging wells and dismantling fields, but government and industry efforts resulting in significant cost cuts have attracted a renewed investment to the basin.

And now the world’s biggest oil and gas companies are under growing pressure to loosen the purse strings to replenish reserves, halt output declines and take advantage of a crude price rally after years of austerity.

In addition, oil services companies are now at loggerheads with producers as they battle for what they see as a fair share of the industry’s recovery.

The oil market is cyclical by nature — if crude prices fall, so does investment and then output, which in turn drives up prices — and oil services companies ride the rollercoaster by using the upturns to raise their prices to offset the downturns.