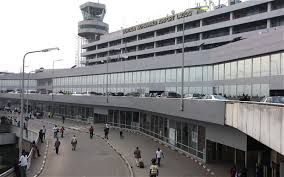 Diplomats are working with Nigerian authorities on the kidnapping, which took place earlier this week, said consulate spokesman Wale Adebayo.

The person was kidnapped shortly after leaving the international terminal, said a British statement.

Adebayo would not say what day it occurred or give any other information, citing the “sensitive nature” of the issue.

Kidnappings for ransom are relatively common in oil-rich Nigeria — both of foreigners and wealthy Nigerians.

The 3-year-old son of a state legislator and four Chinese nationals in two different states all have been reported kidnapped this month.

Some cases are not reported because of fears for the safety of the hostages.

Most are released unharmed after ransoms have been paid, though people have been injured and killed if they resist.

Risk analysts Drum Cussac have reported “a noticeable upsurge” in the number of kidnappings in the southwest of Nigeria including Lagos. “Foreign nationals were targeted in the affluent Lagos areas of Ikoyi, Victoria Island and Epe-Lekki, sparking speculation that organized criminal gangs have renewed their focus on the city’s upscale districts given their relatively permissive security environments,” the consultancy said.

The latest piracy statistics from the London-based International Maritime Bureau also reported an increase in kidnappings of the crew of hijacked ships off the coast of Nigeria and the rest of the Gulf of Guinea.
*Michael Faul, AP