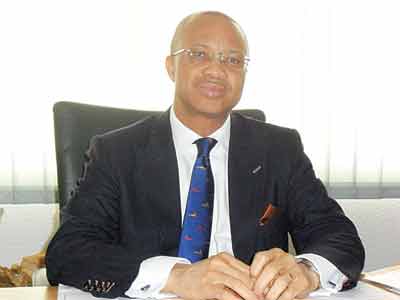 02 February 2018, Sweetcrude, Abuja – Director-General, Budget Office of the Federation, Mr. Ben Akabueze, has defended what has been described as frivolous and suspicious items in the 2018 budget.

Akabueze, who made the remarks at a sensitization programme tagged: ‘Enhancing Media and CSOs Understanding of Current Budget and Reforms Efforts”, organised for the media and CSOs in the country, insisted that, for instance, the N4.8 billion budget for annual maintenance of mechanical/electronic equipment for Aso Villa and the N338 million for procurement of computers and software for the federal ministry of finance, are all appropriate.

Civil society groups, including Media Rights Agenda and the Centre for Social Justice (CENSOJ) had said about 5.43 per cent, amounting to N467.4 billion of the expenditure proposed in the 2018 appropriation bill before the National Assembly are inappropriate, frivolous and unclear or wasteful.

“The frivolous expenditures have no serious purpose or value supported by any national plan or policy, while the wasteful expenditures, rather than contribute to the general welfare of the people incurs loss to the treasury,” CENSOJ had said.

Asked if the federal government is worried by the fact that the herdsmen/farmers crisis currently ravaging parts of the country, Mr. Akabueze said the attacks are localized and “as very worrisome as they are, we do not think they will have such pervasive adverse impact on the agric sector to pull down significantly overall growth projection.”

The federal government projects real Gross Domestic Product (GDP) growth at 3.5 per cent for the economy in 2018 with much of the growth expected to come from the agriculture sector.

Akabueze said there are about one million people in the federal government’s payroll, but failed to actually justify the about 28 per cent of the recurrent portion of the budget for federal civil servants alone when he simply said that although, the figure represents about 5 per cent of the total working population of the country, the public officials have chains of dependents on them who also benefit indirectly.

The DG said the wide vote under Service Wide Vote does not reflect on provision for contingencies but other items that could be categorized under general expenses.

Asked why the huge vote for Kaduna airport was more than its counterparts in the Southern part of the country, Mr. Akabueze who said he is not aware of the discrepancy, told the gathering that it could simply mean that the ministry of aviation places more premium in the Kaduna airport more than others.

Recall that a whopping N1 billion was spent on renovation of the Kaduna airport, which served as alternative airport to Abuja airport in 2017, by the federal government.

Another item described as frivolous in the budget is the Itigidi bridge connecting Cross-River and Ebonyi state which was said to have been completed by the government of former President Goodluck Jonathan but was also budgeted for in the 2018 budget.