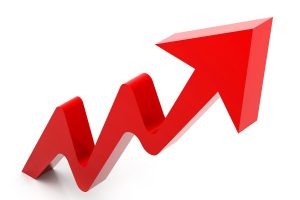 Sofia — Bulgaria’s energy regulator said on Friday it has approved a 36.2% increase of the wholesale natural gas price as of October following a request by Bulgargaz, the Balkan country’s main gas provider and public supplier.

Natural gas prices have soared in Europe and in the United States this year, pushing up fuel bills, adding to inflationary pressures and threatening to dent consumer confidence.

Bulgargaz’ CEO Nikolay Pavlov said the price for Bulgarian industrial consumers would still be some 26%-30% less than prices on the European gas hubs, as the company secures its gas mix under a hybrid contract with Russia’s Gazprom and an oil-indexed contract with Azerbaijan’s SOCAR.

Bulgaria imports about 3 billion cubic meters (bcm) of gas per year. Pavlov said the country will be increasing the imports of Azeri gas from October to mitigate the impact of surging global gas prices.

The country has been tapping only a fraction of its contract to import 1 bcm of gas per year from Azerbaijan, as the pipeline through which the gas should be shipped to Bulgaria is still under construction and is expected to become operational next July.

Since January, Bulgaria has imported some 225 mcm of Azeri gas through another gas pipeline link with Greece, or about one fourth of its contract. This amount is expected to rise to one third as of October. ($1 = 1.6859 leva) (Reporting by Tsvetelia Tsolova. Editing by Jane Merriman)