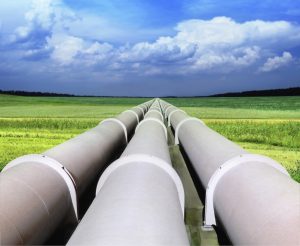 01 December 2018, News Wires — Bulgaria will go ahead with plans to spend 1.4 billion euros ($1.59 billion) to build a new gas link to transport Russian gas from the TurkStream pipeline to Europe, bypassing Ukraine to the south.

Bulgarian lawmakers on Friday gave the green light to state gas company Bulgartransgaz to launch tenders to build a new 484-km gas pipeline from its border with Turkey to Serbia by 2020 that will carry mainly Russian natural gas.

TurkStream is part of the Kremlin’s plans to bypass Ukraine, currently the main transit route for Russian gas to Europe, and strengthen its position in the European market.

Its two lines will each have an annual capacity of 15.75 billion cubic metres. Russian energy giant Gazprom has completed the first line of pipeline to Turkey for local gas consumption.

Gazprom said on Friday it was considering booking capacity in the Bulgarian gas system. That would effectively ensure that the gas Russia plans to send to Europe through the second line of its Black Sea pipeline will pass through the country, the Bulgarian energy minister said.

Bulgartransgaz has already tested market interest to expand its gas infrastructure and expects final bids by shippers by the end of December.

The approval of the project comes at a time of increased tension between Russia and Ukraine, raising concerns in Sofia that the conflict may once again put the brakes on Russia’s plans to ship gas through Bulgaria.

“What follows from now on is strict observation of European Union rules and procedures, so that we can eliminate all eventual mistakes that in the past have led to the cancellation of South Stream,” Energy Minister Temenuzhka Petkova said.

Bulgaria is still smarting from the 2014 cancellation of Russia’s plan to bring gas to its shores with its South Stream pipeline. The project, which had promised the Balkan country on the European Union’s periphery money and clout, was dropped by Russia after it blamed opposition from Brussels.

At present, Gazprom transports about 14 billion cubic meters (bcm) of gas a year to Turkey via Bulgaria through a contract that runs through 2030.

Bulgaria is ready to give up on its take-or-pay option in the current contract if it gets a new 20-year deal to transport Russian gas through the new pipeline, saying its net profit for the period could be as much as 2.2 billion euros.

Brussels is concerned that Bulgaria may opt to simply send Russian gas onto Europe to earn transit fees rather than allowing it to be traded at its planned Balkan Gas Hub, cementing its almost complete dependence on Gazprom.

Some energy experts have also voiced concerns that Bulgaria is moving too quickly with projects linked to Russian gas and dragging its feet over plans to develop links that would allow diversification.

“The aim seems to be to fuel money to build new gas infrastructure, rather than focus on liberalising the gas market and on diversifying gas supplies,” said Martin Vladimirov with independent think-tank Center for the Study of Democracy.

In a bid to ease such concerns, Sofia says the new pipeline will be built in line with EU energy rules.

Bulgaria’s parliament voted that Bulgartransgaz should set up a gas trading bourse and take a 20 percent stake in a liquefied natural gas terminal off the coast in northern Greece.