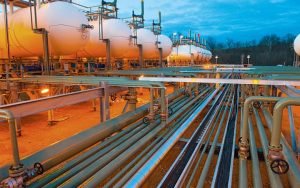 Bulgartransgaz has to make advance payments to the Saudi-led group Arkad it contracted to build the 474 km pipeline dubbed Balkan Stream for 1.1 billion euros and to a Bulgarian-led group that will install two compressor stations for the gas link.

The company initially sought loans of up to 150 million euros.

“The successful procedure ensured credits to Bulgartransgaz from banks totalling to 200 million euros, collateralised with cash deposits in U.S. dollars for six months, with a possibility for another six,” the company said in a statement.

The gas company said the loans will also generate a positive effect of over 1 million euros in interest as dollar rates were significantly higher than euro rates.

The planned 474 km pipeline will carry Russian gas from Bulgaria’s southern border with Turkey to its western frontier with Serbia, providing a link to the Russia-backed TurkStream twin pipeline to Serbia, Hungary and Austria.