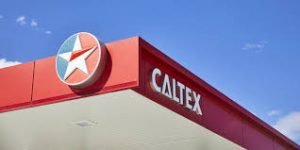 Melbourne — Takeover target Caltex Australia said it was talking to other suitors and named a stand-in chief executive on Tuesday, as it tries to wring best value from rival bidders Canada’s Alimentation Couche-Tard Inc and Britain’s EG Group.

The supplier of a quarter of Australia’s fuel suspended its search for a new boss and tapped Chief Financial Officer Matthew Halliday to lead it for now as it evaluates the two takeover proposals, talks with others, and looks to boost returns from its refining and marketing businesses.

Halliday temporarily replaces Julian Segal, who flagged his retirement last August after more than 10 years at the helm.

The change had set the company up “to be able to progress a transaction” with the best value for shareholders, Halliday told reporters on Tuesday, as the company announced its full-year earnings.

RELATED COVERAGE
Caltex talking to ‘a number of parties’ other than announced suitors: interim CEO
“The transaction could unfold in any number of ways. What is most important for us, though, is to ensure that we don’t lose our focus on running the business extremely well,” he said.

Caltex and EG Group have not provided a total value for EG’s offer, which includes shares in a new listed infrastructure and refinery company, and analysts say it is unclear whether it beats Couche-Tard’s.

“It’s a proposal that we need to take our time to evaluate,” Halliday said.

“We continue to engage with a range of other parties in relation to the situtation, so it remains a very active space,” he told reporters on an earnings call.

The takeover tussle comes as Caltex works to boost margins from its refining business and its fuel and convenience store businesses, while also planning a public listing of a property trust with around 250 of its petrol station sites.

Profit margins at its Lytton refinery are being squeezed as the oil industry battles the economic impacts of the coronavirus and a big shift to producing fuels to meet new sulphur emissions rules for ships, Halliday said.

At the same time, Caltex has suffered from weaker fuel demand and consumer spending in a slowing Australian economy.

Full-year net profit for 2019 on a “replacement cost” basis, which strips out the impact of changes in the value of oil inventory and foreign exchange, fell more than 38% to A$344 million ($228 million), just above the midpoint of its own forecast.