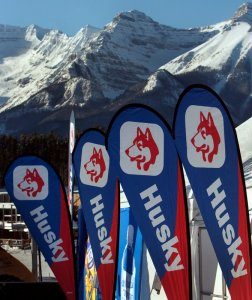 News wire — The merger of Canadian oil companies Cenovus Energy and Husky Energy will create a formidable refining presence in the Midwestern United States, but it comes at a time when weak demand has left that market oversupplied, squeezing margins.

Pandemic travel restrictions have hurt fuel demand and spurred companies to cut costs or merge. Since the pandemic started, at least 4 different crude oil refineries have been idled or closed in North America. With infections surging again, consumption of gasoline and diesel could remain weak, hurting refinery profits.

In the Midwest, it will give Cenovus an additional 350,000 barrels per day (bpd) in total refining capacity. The region’s refineries can process more than 4 million bpd, the second-most of five U.S. regions behind only the U.S. Gulf Coast, but analysts questioned the rationale for the deal.

“There’s a lot of refining in the Midwest … but I don’t think there are wonderful growth prospects for any of the Great Lakes states,” said Tom Kloza, founder of the Oil Price Information Service.

Cenovus shares closed down more than 8% on Monday.

Gasoline refining cracks, or margins, have been weak since the beginning of the pandemic. They are currently $7.53 per barrel, compared with the five-year average of $13.17 a barrel at this time of year, according to Refinitiv Eikon data.

“Although the refining cracks are depressed today, we don’t believe that the long-term cracks are indicative of where they are today,” said Cenovus chief financial officer Jon McKenzie on Sunday.

Husky’s refineries, including large facilities in Lima, Ohio, and Toledo, Ohio, are equipped to process the heavy Canadian crude produced by Cenovus.

“What’s really compelling about this for us is those units consume the molecules that this combined company produces,” said McKenzie.

The company’s combined 660,000 bpd of North American refining capacity is expected to more than match Cenovus’ Alberta heavy oil production, but the supply of heavy crude still outweighs demand in the region.

“Husky has struggled to make these (refineries) profitable and we believe in the near-term these fundamentals will remain challenged,” Credit Suisse said in a note.

Cenovus is also partnered with Phillips 66 at the 500,000 bpd Wood River refinery in Roxana, Illinois and the 146,000 barrel per day refinery in Borger, Texas.

The combination may make it difficult for other refinery owners trying to unload facilities, because Husky and Cenovus were viewed as potential acquirers.

“Husky and Cenovus were always the companies that you would hear would be the buyers of refineries for sale, because they need a home for their heavy crude, so this is not great for refiners that are trying to shop assets,” Kloza said.