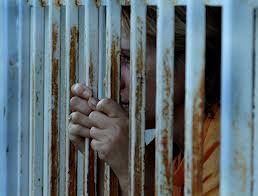 1 September 2012, Sweetcrude/African Press Organization (APO), LONDON, United-Kingdom – The lives of prisoners in Chad are often put at risk by harsh detention conditions including severe overcrowding in unventilated cells that can reach temperatures of up to 48 degrees Celcius, Amnesty International said today.

The report Chad: ‘We are all dying here’ Human rights violations in prisons describes the inhuman conditions in which detainees are held in six of Chad’s prisons visited by Amnesty International’s research team. It details incidents in the last twelve months that include nine deaths caused by asphyxiation, five by severe dehydration and seven deaths following shootings by prison guards.

“Chadian prisoners face a daily struggle for survival in which the odds are often stacked against them,” said Christian Mukosa, Amnesty International’s Chad researcher.

“As a matter of urgency, the authorities must ensure that the physical and mental integrity of prisoners are protected and that their safety is not jeopardised at any time. It is not acceptable for detention conditions to be so poor that a prison sentence risks becoming a death sentence.”

Prisoners complained that they only ate once a day at irregular times and that the food was insufficient and of poor quality. In some cases food was served on collective plates from which prisoners ate in groups of six to ten. However as there was insufficient food some inmates, particularly the weaker ones, received nothing at all.

Amnesty International witnessed cases where food was put directly onto a filthy mat on the floor for prisoners to eat.

Hygiene, sanitation and scarcity of water are a serious concern. In some prisons, sewage systems had been blocked for years. Stagnant wastewater combined with human excrement in prison courtyards and even outside the prisons poses a serious health risk for prisoners, staff and the local community in which the prisons are situated.

“It was very hot in the rooms especially between March and May. The cells were very dark at night and the ventilation was very poor. The odours were very strong as prisoners were defecating and urinating in plastic buckets or plastic bags inside the cells.”

Prisoners have very limited access to medical and healthcare. In some prisons, rooms had been allocated as clinics but they were mostly empty or used as cells. None of the prisons had a medical doctor on the staff and in some cases prisoners who claimed to have some medical skills were requested by the staff to provide assistance and treatment to other inmates.

In Abéché Central Prison, for example, a Cameroonian detainee sentenced to two year’s imprisonment for practising medicine illegally was acting as a nurse and treating other detainees in the prison.

Women and children are particularly at risk in Chad’s prisons as there are no specific facilities for them. In some prisons women were held in the same cells as men placing them at significant risk of gender-based and sexual violence. Even in prisons where women had separate accommodation it was often easy for male prisoners and guards to move to and from the women’s courtyard and cells.

Amnesty International found children as young as 7 months staying with their mothers in cells as well as juvenile prisoners being held with adult prisoners. The detention of children in Chad has a particular impact because of the lack of rehabilitation and resocialization programs to help reintegrate them into society.

“Chad has been engaged in reform of the prison sector for many years but there is little visible improvement. The prison system in Chad is lacking even the most basic elements that enable inmates to maintain some dignity,” said Christian Mukosa.

“Most of the prisoners we met were emaciated and weak. Some were chained 24 hours a day some for months and many suffered skin diseases, sexually transmitted infections, Malaria or Tuberculosis.”

Amnesty International calls on the Chadian government to ensure that food, medicine and potable water are available in all prisons and that conditions are in line with Chad’s domestic legislation and international standards.

The government must request assistance from the donor community to help with prison sector reform in order that they can allocate adequate human, financial and technical resources to improve the appalling conditions that currently prevail.

The authorities must also launch immediate investigations into the litany of human rights violations and abuses committed in Chadian prisons; specifically those highlighted in the report.

These include the killings of prisoners by security guards in three prisons during 2011, the alleged rape of detained women by prison guards in Moussoro prison in January 2012, as well as the widespread use of chains to restrain prisoners.