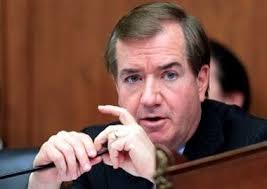 The legislation, introduced by Chairman Royce, Rep. Eliot Engel (D-NY), the Committee’s Ranking Member, Rep. Chris Smith (R-NJ), Chairman of the Subcommittee on Africa, and Rep. Karen Bass (D-CA), Ranking Member of the Subcommittee on Africa, will improve access to electricity in sub-Saharan Africa, through a comprehensive U.S. government approach to electricity projects in the region, at no cost to the U.S.

The bipartisan legislation, which passed the House Foreign Affairs Committee earlier this year, would establish a U.S. strategy to support affordable, reliable electricity in sub-Saharan Africa in order to improve economic growth, health and education in Africa, while helping job creation in the United States through greater exports.

On the legislation’s passage, Chairman Royce said: “With today’s passage of the Electrify Africa Act, millions in Africa are closer to having access to electricity in their homes, businesses, and hospitals. More people are currently dying in sub-Saharan Africa from lack of electricity than HIV/AIDS and malaria combined. The Electrify Africa Act encourages private sector investment in electricity – this market-based approach is estimated by the Congressional Budget Office to save the U.S. Treasury $86 million. So, with this bill we help African people and businesses reach their full potential at no additional cost to the U.S. I look forward to working with my Senate colleagues to see the Electrify Africa Act enacted into law.”
*US State Department, press release