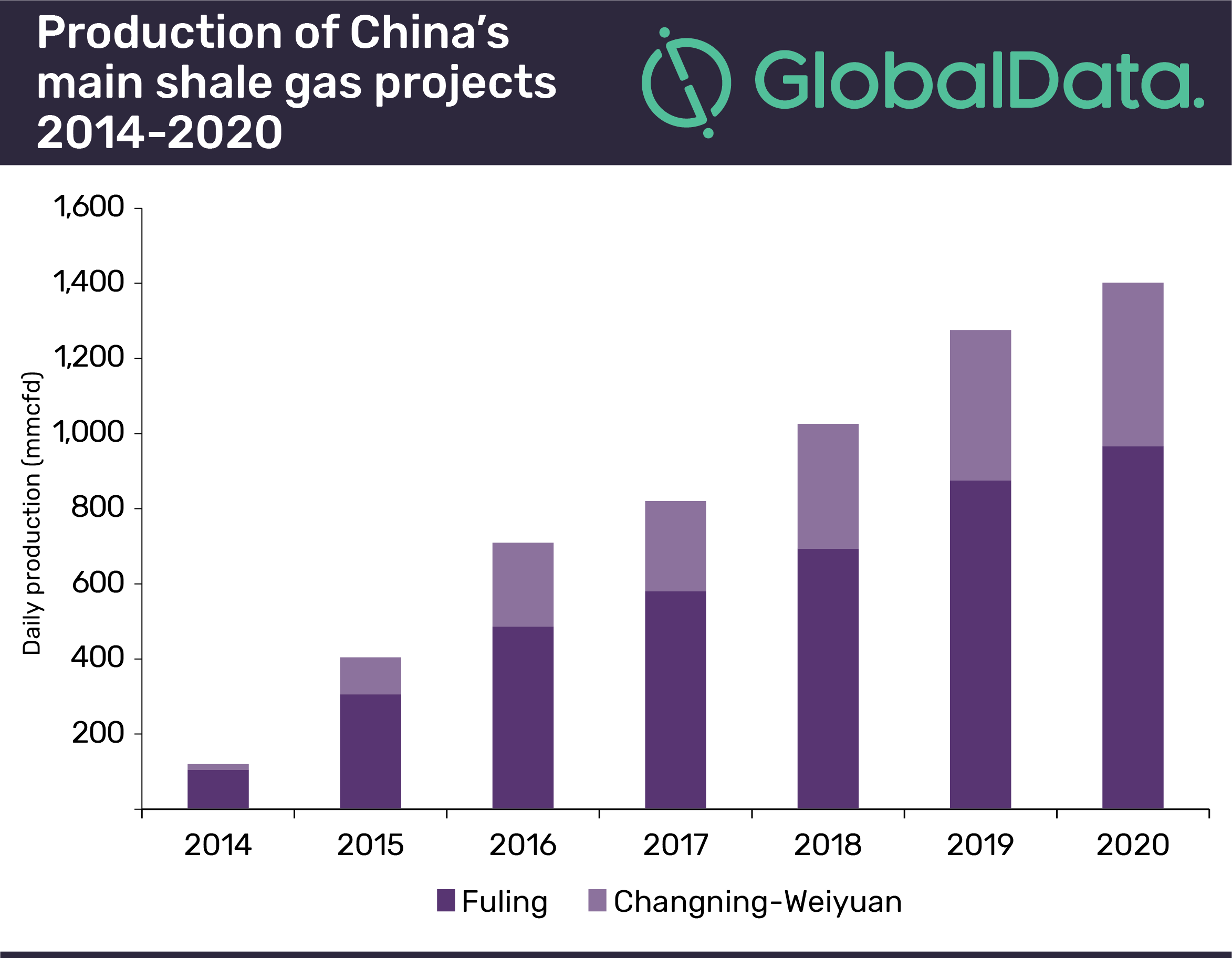 04 August 2018, Sweetcrude, Lagos — China’s upstream industry is turning to natural gas as a way to reduce air pollution created by the consumption of coal.

However, despite the progress made in the shale gas industry since 2011, China has been facing challenges to develop efficient shale gas extraction, observes leading data and analytics company GlobalData.

With 27 trillion cubic feet (tcf) proved shale gas reserves China has emerged as the world’s largest shale gas producer outside the US and Canada. Besides supportive government measures, significant shale potential and surging domestic gas demand are encouraging the Chinese national oil companies to accelerate the development of the shale gas plays, mostly in Sichuan Basin.

While the tax cuts are expected to stimulate shale investment and drive the growth of the shale gas market, the production is expected to fall short of the government targets since exploration of shale gas remains difficult in China as the available area is relatively fragmented and highly mountainous. The complex geological structures challenge the commercialization of shale gas plays.

GlobalData’s latest estimate shows that China’s shale output is growing rapidly and will reach approximately 1,500 mmcfd by 2020, a 72% increase compare to 2017. The National Energy Administration (NEA) has revised down the production target of shale gas to 2,900 mmcfd by 2020 from the initial goal of 5,800 mmcfd, according to the Shale Gas Development Plan (2016-2020) released on 30 Sep 2016, however it is still too ambitious.

Cao Chai, Oil and Gas Analyst at GlobalData, says: “After the recent research and development, China has achieved technological improvement with horizontal drilling and hydraulic fracturing; but more advanced technology is required to develop shale gas due to deposit depths and ultra-low permeability of shales.”