Change of baton at NLNG – Attah hands over to Mshelbila 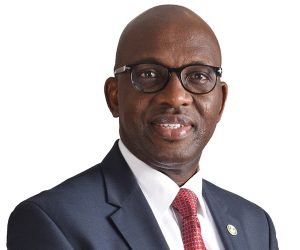 Port Harcourt — The former Managing Director of the Nigerian LNG Limited, NLNG, Engr. Tony Attah, has officially handed over the mantle of leadership in the company to his successor, Dr. Philip Mshelbila, signifying the completion of leadership transition period in the company.
At an event to mark the handover held in Port Harcourt, the former NLNG boss handed over a symbolic key to the new NLNG boss, marking the ceremonial commencement of Dr. Mshelbila’s tenure.
Attah in his farewell remarks thanked the staff and partners of NLNG, who he said helped achieve the company’s set goals.
“It was a collective success. I would like to see the five years as foundational. Earlier, the ambition of the Company was to build only two trains which was referred to as the Base Project. But we went on to build Trains 3,4,5, and 6. Then, we went into a break for 15 years.
“We pressed reset, released the ‘pause’ button, and got Train 7. But Train 7 is about the same capacity as Trains 1 and 2. For me, Train 7 is another base project, and we should go on to build other trains. I strongly believe we will.”
Receiving the NLNG key, the new Managing Director of NLNG, Dr. Philip Mshelbila, said he was honoured to lead the company and vowed that NLNG would remain the leading gas company in Africa and Nigeria’s most successful business model.
“It is with a great sense of responsibility that I stand here today, honoured to be the Managing Director of NLNG. The challenge before us is huge in a world marked by uncertainties and transitions, but I am not daunted.
“I am not daunted because, together with the management team we have as members of staff, people who possess the right acumen and resilience, with deep passion and commitment to move Nigeria LNG forward. These are the people who build the company to where it is today. I am humbled to lead them today.
“We will complete Train 7 and take more FIDs to secure our place in the global market. We will complete the Bonny-Bodo Road and so many other social projects to fulfill our vision of helping to build a better Nigeria,” he said.
Meanwhile, the Deputy Managing Director of NLNG, Sadeeq Mai-Bornu, has described Engr. Attah as a visionary leader who triggered the development of key strategies to mitigate risks to the business.
Mai-Bornu has also assured Dr. Mshelbila of the commitment of the management and staff to the success of the Company.
NLNG is owned by four shareholders, namely, the Federal Government of Nigeria, represented by Nigerian National Petroleum Corporation, NNPC, (49%), Shell Gas BV (25.6%), Total Gaz Electricite Holdings France (15%), and Eni International NA N. V. S.àr. l (10.4%).