‘Chapter 22’ looms over some U.S. oil and gas bankruptcy survivors 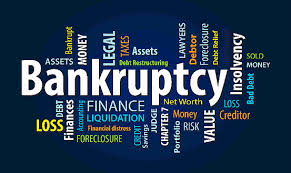 23 November 2016, London — At Global Geophysical Services LLC headquarters in a Houston suburb, a few employees are winding down what is left of an oil and gas industry data provider that only three years ago had a staff of more than 1,000 and offices around the world.

Global Geophysical is a “Chapter 22” company – a term coined by restructuring experts for firms that return to bankruptcy court after their first Chapter 11 overhaul failed to fix their problems.

A casualty of high debt and a cash crunch, the company filed for bankruptcy in early 2014 before tumbling oil prices pushed scores of other energy firms over the edge. Last year, it became one of nearly 20 companies that have already exited bankruptcy but is now one of the first to have filed for creditor protection again.

Restructuring specialists say companies, which like Global Geophysical failed to wipe their balance sheets clean in a bankruptcy, are at a risk of a relapse.

In Global Geophysical’s first bankruptcy, a fight among creditors was in part to blame for leaving it with more than $100 million in debt it could not shed, according to people familiar with the matter. That proved too much in a still volatile market and led to the company’s liquidation.

In other cases, creditors refused to swap all debt into shares, wary of further damage from the slump or approved plans that were too optimistic. Some critics say bankruptcy judges too often focus on hammering out an agreement without paying enough attention to companies’ chances of long-term survival.

“While a great deal is being done to fix balance sheets, the question constantly becomes is it going to be enough,” said Charles Beckham Jr, a bankruptcy attorney at Haynes and Boone LLP in Houston and New York.

More than 200 energy companies have filed for creditor protection since the beginning of 2015, according to Haynes and Boone LLP. Of those with initial debt loads of at least $450 million, nearly 20 have exited bankruptcy.

Some whittled their debt loads down to a fraction of their projected earnings, according to a Reuters analysis of financial disclosures.

DEBT BURDENS
Those left with large debt compared to their estimated future earnings may be at risk for a Chapter 22 scenario. Some companies have taken steps to mitigate that risk, issuing debt that does not require cash interest payments or that can eventually convert to equity.

“The companies that would have a greater risk of a subsequent bankruptcy would be those that emerge from reorganisation with still high leverage or insufficient … cash on hand or committed revolver to sustain themselves through the downturn,” said Sharon Bonelli, a senior director for leveraged finance at Fitch Ratings.

Moody’s Investors Service said in August that Vantage, in the vulnerable offshore sector, had an unsustainable debt load.

In ETX Energy’s case, its debt and equity is held largely by the same investors, making a second bankruptcy filing less likely, a person familiar with the matter said.

Vantage Drilling, ETX Energy and Titan Energy did not return requests for comment.

Hercules Offshore Inc (HEROQ.PK), an offshore driller which emerged from bankruptcy with $450 million debt – 12 times its projected earnings for the following year – filed for “Chapter 22” in June after it burned far more cash than projected.

A spokesman for the company declined to comment beyond publicly available information that pinned its “Chapter 22” on the decline in oil prices, consolidation of its customer base and the addition of new capacity in the market.

For Global Geophysical, a conflict between creditors, who lent it around $150 million in its first bankruptcy filing in a so-called “debtor-in-possession” loan, was its undoing.

The creditors considered converting more of the loan into equity, according to people familiar with the matter. But they could not agree on how to split the equity and one group demanded full repayment, those people said.

To do that, the company borrowed from investment bank Morgan Stanley, but ended up with too much debt and, like Hercules, chose to liquidate its business.

Global Geophysical did not respond to requests for comment.

VIABLE VERSUS ACCEPTABLE
“Chapter 22” bankruptcies are neither new nor unique to the oil and gas industry.

Nearly a fifth of all U.S. companies that exit bankruptcy as a going concern seek creditor protection again within about five years, according to Edward Altman, a professor emeritus at the Stern School of Business at New York University.

One reason is that bankruptcy judges often focus more on forging an agreement than ensuring it is viable, says Lynn LoPucki, a law professor at the University of California, Los Angeles, and a critic of the U.S. bankruptcy process.

“They say, some of them pretty openly, if the parties want the plan confirmed, it’s their money,” he said.

Sometimes judges do reject reorganization plans if they believe they could end in another bankruptcy as happened in the Chapter 11 proceedings of offshore oil services company Paragon Offshore PLC (PGNPQ.PK) last month.

A group of secured lenders warned that Paragon’s planned revamp that left it with nearly $1.1 billion in debt relied on “highly speculative and overly optimistic” assumptions that could require another overhaul within a few years, a claim the company denied.

But the Delaware bankruptcy judge sided with the lenders, asking for a new plan.

“The question before the court is simple – is the debtors’ plan feasible? It is not,” the judge wrote in his opinion.

Often, however, the courts will go with whatever gets agreed, LoPucki said.

“The parties involved in a bankruptcy very often do not want to solve the problem, it’s easier to just get it confirmed, let it go out and see how it does.”