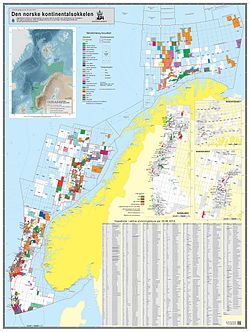 12 October 2018, Sweetcrude, Lagos — Chevron has sold its 20 percent stake in Norway’s upstream, making it the first supermajor to exit the Norwegian Continental Shelf, a report by Reuters has said.

According to the report, Norway’s authorities have accepted the sale of the only asset of the U.S. firm.

The move comes days after international and Dutch unions filed a complaint against it over moving billions of euros through money-box companies in the Netherlands to avoid taxation in Nigeria and other countries.

A letter to Chevron from Norway’s Petroleum Ministry dated September 28, said Chevron is transferring its 20-percent stake in the PL859 exploration operated by Equinor in Norway’s Arctic to a Norwegian company DNO.

The deal with DNO was signed in July.

“The transaction is subject to certain conditions and approvals, and is expected to take a number of months to close,” the spokeswoman told Reuters.

The company is also planning on selling several assets in the UK North Sea- divesting assets in Norway and the UK is part of Chevron’s strategy to focus more on the U.S. shale and on the huge Tengiz oil field in Kazakhstan.

Earlier this month, Equinor signed to buy Chevron’s 40-percent stake in the Rosebank project northwest of the Shetland Islands, one of the largest undeveloped fields on the UK Continental Shelf.

Shell and BP have also been either selling or merging their assets offshore Norway.