Chevron’s projects in Nigeria, major contributor to its success 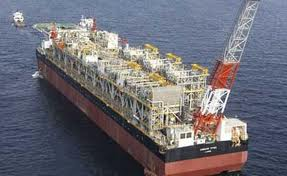 07 February 2013, Sweetcrude, Lagos – The Chevron Corporation has cited its Nigerian projects among the major contributors to its oil production growth.

“Production increases from project ramp-ups in Nigeria, the United States and Thailand, higher cost recovery volumes in Bangladesh and new volumes from the recently-acquired Delaware Basin properties partially offset by normal field declines and the continued shut- in of the Frade Field in Brazil,” it stated.

Although, the report was not specific on the projects, Chevron Corporation had recently given priority to development of its Usan, Agbami and Escravos Gas- to-Liquids projects in Nigeria, under its $33 billion global investment plan for exploration and production in 2013.

Chevron reported earnings of $7.2 billion for the fourth quarter 2012, compared with $5.1 billion in the 2011 fourth quarter. Results in the 2012 period included a gain of $1.4 billion from an upstream asset exchange.

“Strong cash flows allowed us to invest aggressively in our major capital projects and to acquire several important, new resource opportunities. We also raised the dividend on our common shares for the 25th consecutive year and continued our share repurchase program, both of which demonstrate our commitment to providing near- term, top-tier returns to our shareholders.”

Watson continued, “We made significant progress on our Gorgon and Wheatstone LNG projects in Australia in the past year. At the same time, we announced six additional natural gas discoveries offshore Australia, and completed an asset exchange that increased our interests in Carnarvon Basin fields.

These results support future expansion opportunities for these two projects. “We also expanded our global exploration resource acreage in 2012,” Watson noted, “including entries into five new countries, the addition of significant new acreage in the United States, and the recently announced acquisition of a 50 per cent operated interest in a western Canada LNG project,” he said.

According to the report: “Net oil-equivalent production of 1.99 million barrels per day in the fourth quarter 2012 increased 14,000 barrels per day from a year ago. Production increases from project ramp-ups in Nigeria and Thailand and higher cost recovery volumes in Bangladesh were partially offset by the continued shut-in of the Frade Field in Brazil.