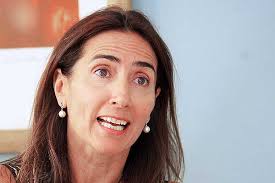 25 August 2018, Santiago — The Chilean government on Friday ordered the suspension of operations at state-run energy firm ENAP’s refinery and port on the country’s central coastline after a toxic gas leak in the area.

The leak occurred on Thursday close to the port of Ventanas, 90 miles (145 kilometers) northeast of Santiago, the government said in a statement. Residents, including children at a nearby school, sought medical attention for nausea and vomiting, according to media reports, prompting an investigation.

“We have been able to determine that ENAP was conducting some work that could have resulted in the emission of these toxic gases,” the environment minister Carolina Schmidt said in a statement. “For that reason, we decided to immediately close down all its operations.”

ENAP runs a refinery that processes 104,000 barrels of oil a day and a maritime port in the area.