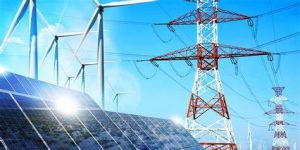 Beijing — China aims to install more than 30 gigawatts (GW) of new energy storage capacity by 2025, its state planner said on Friday, as part of efforts to boost renewable power consumption while ensuring stable operation of the electric grid system.

New energy storage refers to electricity storage processes that use electrochemical, compressed air, flywheel and super capacitor systems but not pumped hydro, which uses water stored behind dams to generate electricity when needed.

China has total energy storage capacity of about 35 GW as of 2020, of which only 3.3 GW was new energy storage, according to the China Energy Storage Alliance.

“They are vital for promoting green energy transition, responding to extreme situations and ensuring energy security.”

That would create challenges to maintaining stable operation of the electrical grid system, as renewable power sources can fluctuate with weather condition.

At least 10 regions in China have ordered renewable power developers to install energy storage as supporting facilities of the solar and wind plants.

The NDRC said that it will study and put out a plan for new energy storage development for 2021-2025 and beyond, while local energy authorities should make plans for the scale and project layout of new energy storage systems in their regions.

The Commission also said it will explore converting the existing sites of de-commissioned thermal power units to energy storage facilities.