China buys more Iranian oil now than it did before sanctions, data shows 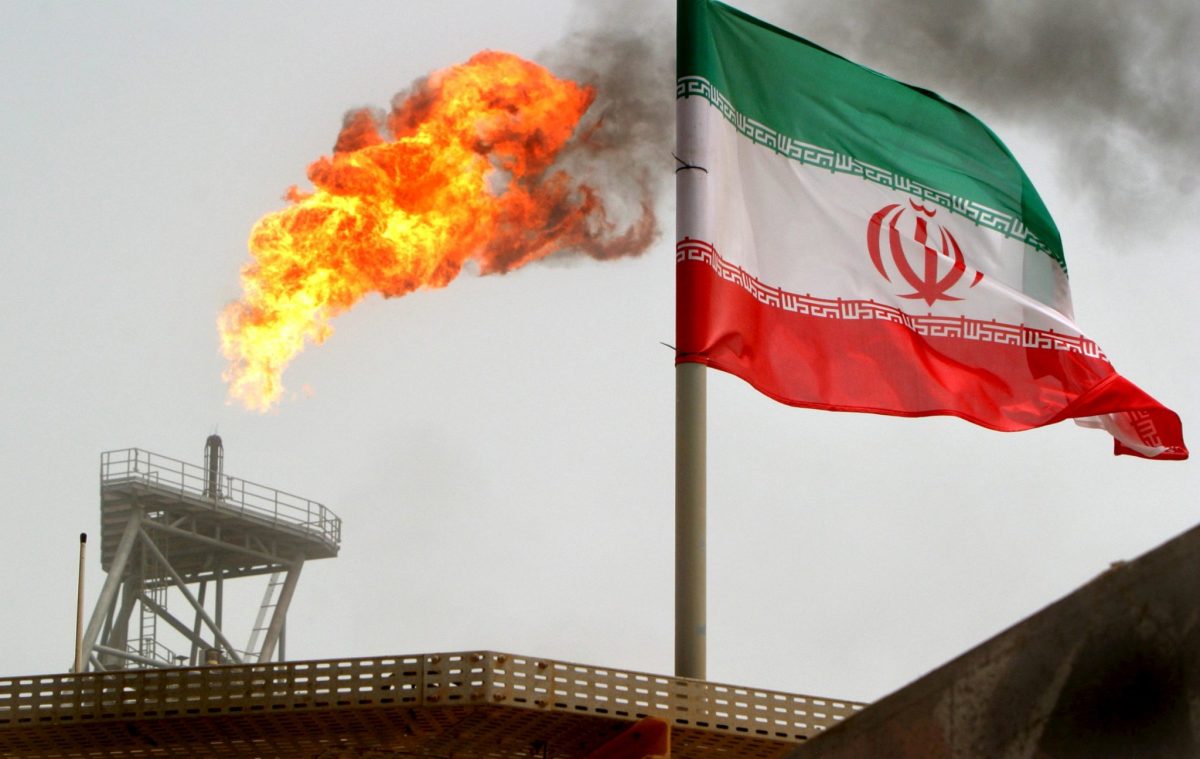 *A gas flare on an oil production platform is seen alongside an Iranian flag in the Gulf. REUTERS/Raheb Homavandi

Singapore/London — China’s purchases of Iranian oil have risen to record levels in recent months, exceeding a 2017 peak when the trade was not subject to U.S. sanctions, tanker tracking data showed.

The ramping up of the purchases by the world’s top oil importer comes amid talks between Tehran and world powers to revive a 2015 nuclear deal that will lift U.S. sanctions on Iranian oil exports. The talks have intensified in recent weeks.

A return of Iranian oil will ease tight global supplies and cool crude prices that have touched $100 a barrel following Russia’s invasion of Ukraine.

One tracker estimated imports amounted to 780,000 bpd in November-December on average.

U.S. President Joe Biden’s administration has so far chosen not to enforce the sanctions against Chinese individuals and companies amid the negotiations on reviving the 2015 deal.

Record Chinese purchases of Iranian oil would mean less supply will be available to Tehran’s previous buyers like Indian and European refiners should the sanctions be removed and the Islamic republic be allowed to resume oil exports, traders said.

It would also mean that cheaper Iranian oil will continue to crowd out rival supplies from Brazil and West Africa, they said.

When asked for a comment by Reuters, China’s foreign ministry declined to go into details but reiterated that Beijing opposes Washington’s long-arm jurisdiction and urges Washington to remove unilateral sanctions.

Iran’s oil ministry did not respond to a request for comment.

A U.S. State Department spokesperson said Washington is aware of China’s Iranian oil purchases and has broached the subject with Beijing.

“China is an important trading partner for Iran, so, of course, our discussions with China on how best to get a mutual return to compliance with the JCPOA include discussions of sanctions enforcement,” said the spokesperson, referring to the 2015 nuclear deal formally known as the Joint Comprehensive Plan of Action.

DEMAND FROM TEAPOTS
At the forefront of China’s buying are its independent refiners, or “teapots”, who, traders said, are being enticed by the discounted prices, especially as their domestic refining margins got pinched under tight regulatory scrutiny.

“We’re seeing more plants taking Iranian oil, because they are cheaper,” a China-based executive involved in the business told Reuters, referring to the independent refiners.

Traders said January Iranian cargoes were transacted $5 a barrel below benchmark Brent . Those prices were steady versus late 2021 but more attractive against competing supply from Brazil that was priced at $7 premium over Brent, they said.

Chinese customs, which reported its first official import of Iranian oil in December, is due to release January and February data in March.

If the 2015 nuclear deal is revived, Iran is expected to divert sales away from the Chinese independent refiners but the Islamic republic is unlikely to turn off the tap to these customers, source of more than $20 billion in revenue over the past two years.

“Iran may not have the full confidence how long the new deal could last. Chinese teapots have proven an essential outlet during the worst times and Iran would want to keep that channel open,” said the China-based oil sector executive.