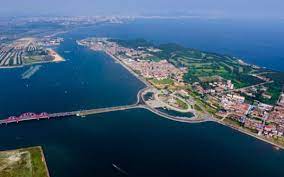 Shandong’s industrial authorities are “neither striving to curb the new illegal production capacity, nor making efforts to rectify the existing illegal capacity,” the Ministry of Ecology and Environment (MEE) said in a statement on Tuesday.

The statement did not name the 19 firms.

The Shandong government was ordered by the environment regulators to rectify the problems and to improve its environmental quality, the statement said.

Shandong’s teapot refineries had an annual refining capacity of 130 million tonnes as of 2019, accounting for 70% of China’s teapot oil processing sector.

In recent months they have been targeted by a government crackdown on illicit oil quota trading and irregular fuel tax practices.

The MEE also found the cities of Jining and Taian had illegally launched coke projects with annual capacities of 2.6 million and 4 million tonnes, respectively.

It also noted that some steel mills in Shandong failed to curtail steel capacity and had been illegally producing and selling molten iron since 2020, while less than 40% of the mills in the steel sector had completed government-required ultra-low emission upgrades as of July.