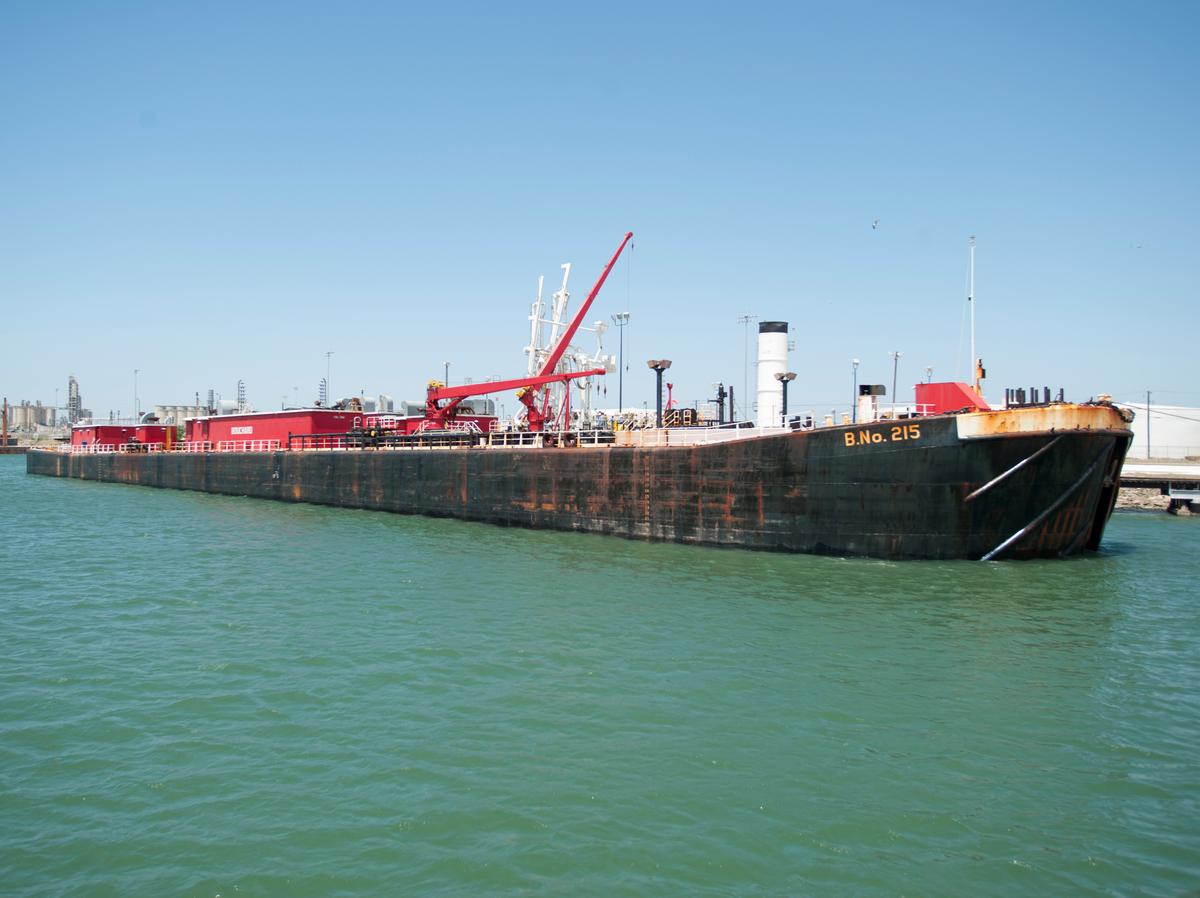 *A seagoing barge is loaded with crude oil from the Eagle Ford Shale formation at the Port of Corpus Christi, Texas, April 10, 2014. REUTERS/Darren Abate

New York/Singapore — U.S. crude oil shipments to China will rise sharply in coming weeks, U.S. traders and shipbrokers and Chinese importers said, as the world’s top economies gear up to review a January deal after a prolonged trade war.

Chinese state-owned oil firms have tentatively booked tankers to carry at least 20 million barrels of U.S. crude for August and September, the people said, moves that may ease U.S. concerns that China’s purchases are trending well short of purchase commitments under the Phase 1 of the trade deal.

China had emerged as a top U.S. crude buyer, taking $5.42 billion worth in 2018 before trade tensions brought flows to a near halt.

In January, China pledged to buy $18.5 billion of energy products including crude oil and natural gas over its 2017 level, implying total value of about $25 billion this year.

Its U.S. crude purchases through June 30 amounted to $2.06 billion, according to data from the U.S. Census Bureau, reflecting the COVID-19 pandemic downturn and the limited impact of the Phase 1 deal.

However, there has been a recent spike in purchases by China’s state-owned oil and gas firm PetroChina (601857.SS) and its largest refiner Sinopec Corp (0386.HK), the people said.

A review of the U.S.-China trade deal initially slated for Saturday will be delayed due to scheduling issues, and no new date has been agreed yet, Reuters reported.

Already, a monthly record 32 million barrels of U.S. oil are set to reach China in August, according to Refinitiv Eikon data.

Tanker Bookings Soar
New tanker fixtures, or tentative bookings, to China have jumped even as current oil pricing in other parts of the world may be more favorable for its buyers, said the people, who could not be identified because they are not authorized to speak with the media.

The two Chinese companies each have booked five to six supertankers, that each can hold 2 million barrels of oil, for August and September loadings. U.S. crude exporters Occidental Petroleum (OXY.N), Equinor (EQNR.OL) and Vitol, each chartered one or two vessels, shipping sources said.

PetroChina plans to buy 3 million tonnes (about 22 million barrels), or nearly $1 billion worth, of U.S. crude by year-end, according to a person briefed on the matter.

“The demand in China has strengthened since COVID-19 restrictions started to be lifted,” an Equinor spokesman said, declining to comment on volumes or bookings.

The new deals are intended to show China still aims to meet its purchase target, the people familiar with the matter said.

Politically Driven
“It’s politically driven for sure because there are a plethora of barrels being offered to Asia cheaper than what WTI lands,” one trader said, referring to U.S. benchmark West Texas Intermediate crude.

Chinese buyers have snapped up other commodities. On Thursday, they booked deals to buy 197,000 tonnes of U.S. soybeans, the seventh weekday in a row that the government has reported a sale to the world’s top buyer of the oilseed.

“It’s a mandate from higher up, even though PetroChina’s own refining system does not favour U.S. crude as it’s quite fully committed to imports from the Middle East and elsewhere,” one of the sources said.