Lagos — The global offshore wind segment is likely to grow seven folds by 2030 mainly driven by capacity additions from three major markets, China, the UK and the US. China will lead the race with more than 25% of the new offshore wind capacity expected to be added by 2030, followed by the UK (16%) and the US (11%).

China is poised to dominate due to its conducive policy initiatives and presence of national or provincial governments’ targets resulting in building a sizeable offshore project pipeline, says GlobalData, a leading data and analytics company. 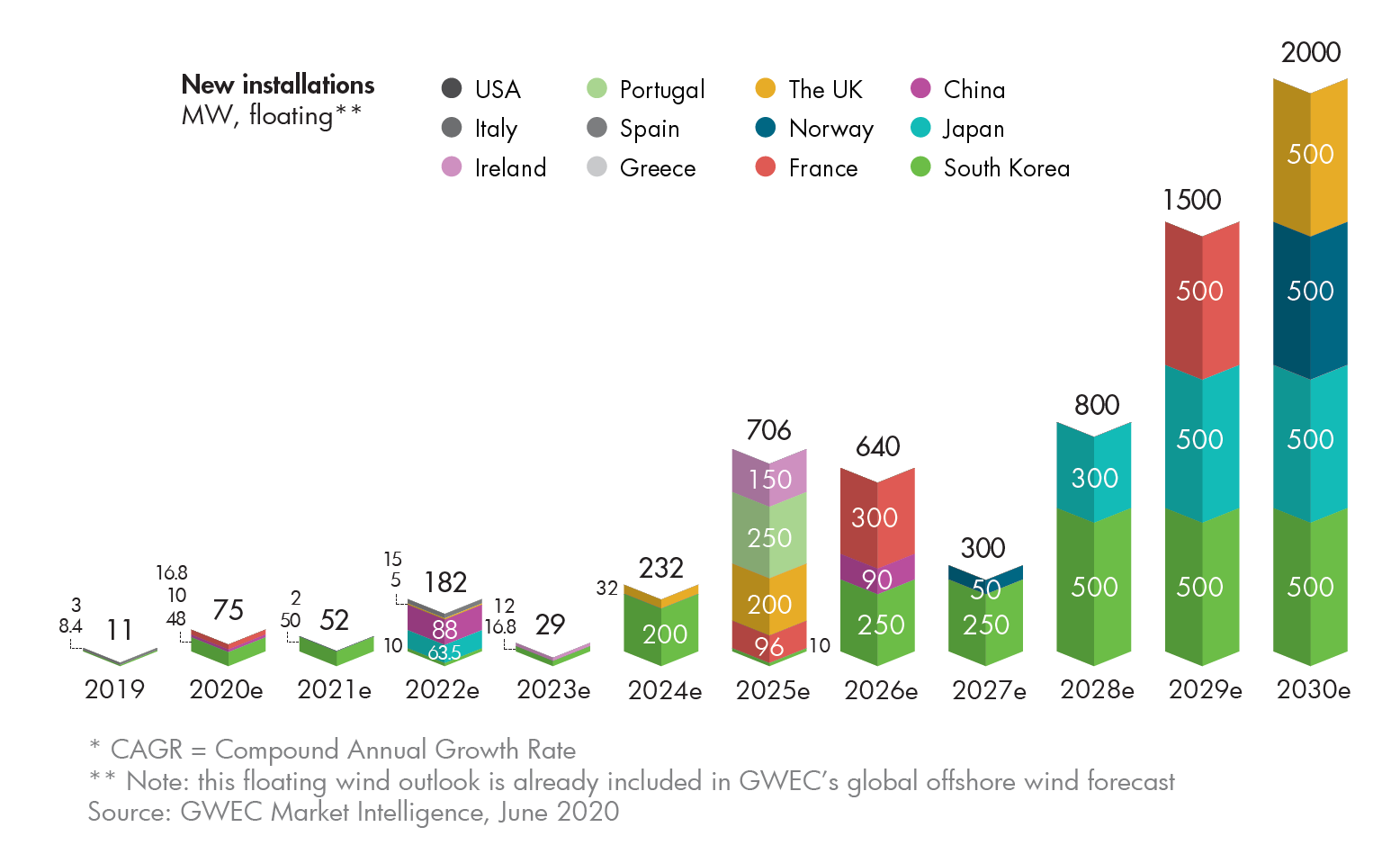 Ankit Mathur, Practice Head of Power at GlobalData, comments: “ GlobalData’s analysis reveals that China is anticipated to spearhead the global capacity from 2021 onwards shaping above 25% of the global cumulative installed capacity by 2030. It is expected that by 2030, the global offshore wind capacity is set to surpass 203GW, led by major contributions from China (41.6GW), the UK (27.5GW) and the US (18.9GW).

GlobalData’s power database has tracked around 60GW of ventures in the pipeline under different stages of development. The Chinese offshore wind industry is currently dominated by state-owned Chinese energy firms while foreign players are teaming up with the Chinese companies to become part of this long-term sizable market opportunity.

China has exceptional wind resource potential with an estimation of harnessable onshore potential of 2,380GW and 600GW on the sea (offshore). With several deep-sea ventures distancing above 40kms from the shore, key sites for project construction are identified, across the nation, with wind speeds extending from 6-10m/s.

Mathur concludes: “The growing appetite for expanding the green sustainable power in the country’s power generation mix has set the tone for expansion in the Chinese uncharted waters. Beyond the benefits of green power, the growth in the Chinese offshore wind sector is set to provide large employment opportunities across the sectors and value chain, and play a key role in long standing economic activities. In order to make this expansion a reality, the government and the industry players need to simplify the project approval processes, build a dependable supply chain and reduce the factors that provide financial uncertainties to the investors.”