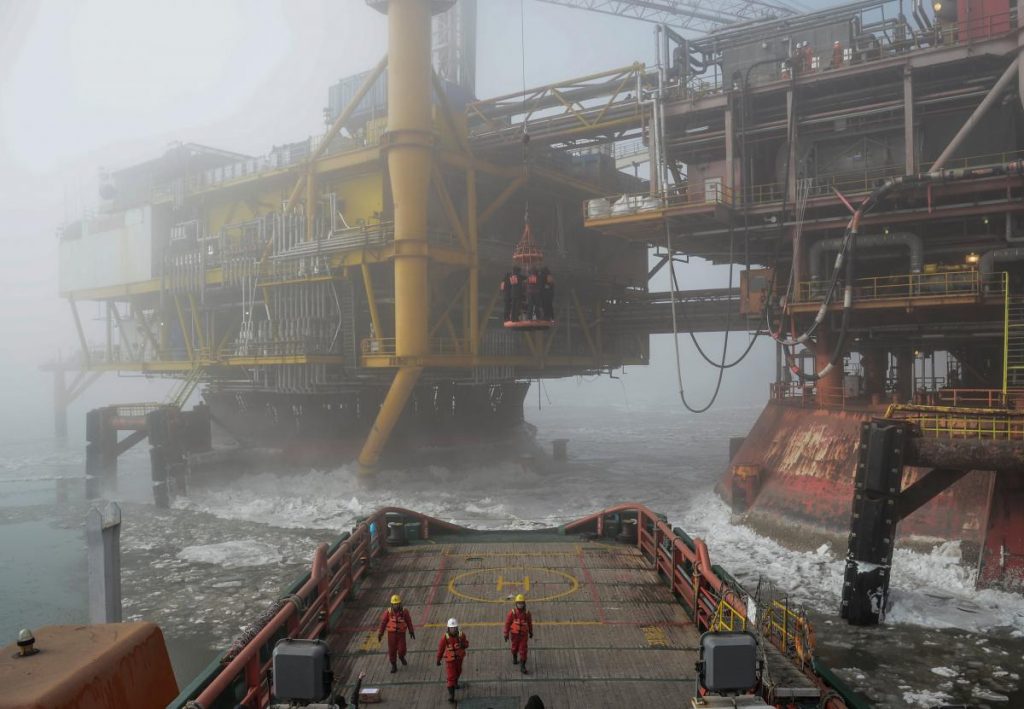 25 March 2018, Beijing — China’s crude oil futures, to be launched on Monday, will be a major step in Beijing’s years-long push to win greater sway over oil pricing, but for western traders, it will likely bring frustration as well as opportunity.

Shanghai Crude aims to rival the world’s two crude benchmarks, luring overseas traders with the promise of a deep pool of liquidity and the chance for arbitrage between Asian, U.S. and European markets.

Yuan-denominated trading and a blend of new rules and regulatory burdens will also likely hamper initial take-up on the Shanghai International Energy Exchange (INE), executives at a dozen banks and brokers and experts involved in the launch told Reuters.

“The rules around trading methodology will be unfamiliar for western houses,” said John Browning, chief operating officer of Hong Kong-based futures broker Bands Financial Ltd, which is an approved overseas intermediary for the INE.

“They’ll have to get to grips with a different set of trading parameters, including initial margin calculation, rolling between months, order cancellations ratios, etc. It’s all very different.”

So far, China has opened more than 6,000 trading accounts, including the country’s oil majors and about 150 brokerages. Ten foreign intermediaries have registered, including J.P.Morgan, Bands Financial, Straits Financial Services and other Hong Kong-based affiliates of domestic brokerages.

Last-minute changes are still being made to entice overseas users. On Tuesday, the government said it would waive income taxes for foreign investors for the first three years.

Although the exchange will have an overnight trading session to match late European and early U.S. trading, it will close for more than six hours before trade resumes in Beijing.

This could mean the contract risks having to play catch-up each morning to the moods and swings of Europe and America, rather than setting its own price, several senior futures traders said.

Chinese trading habits may also be a shock to foreign users, they said.

Chinese commodity futures investors do not typically trade steadily over the months, but instead pick specific months in which they deal, due to a different cost structure. That could complicate efforts to trade spreads between Brent, WTI and Shanghai.

These and other factors mean the contract may have a “hard time” building correlations with Brent and WTI that would make arbitrage possible, said Albert Helmig, chief executive of financial consultancy Grey House and a former vice chairman of NYMEX.

Futures Plans
Still, China offers the potential for a deep, liquid market, buoyed by an explosion of interest from mom-and-pop investors that has supported its vast commodities derivative markets from apples to iron ore in Shanghai, Zhengzhou and Dalian.

In 2017, the total traded value of ShFE’s steel derivatives contracts was $4.4 trillion from domestic investors. This compares with global turnover of more than $10 trillion in international oil futures, the world’s biggest commodity market.

China hopes it can do better: with state-controlled oil majors like PetroChina (601857.SS) and Sinopec (600028.SS) expected to provide liquidity, analysts said the contract has a chance of succeeding even if it faces short-term caution.

“Launching a new exchange is enormously complex, so if the initial uptake for the contract isn’t that strong, it isn’t necessarily a bad thing,” said Bands’ Browning.