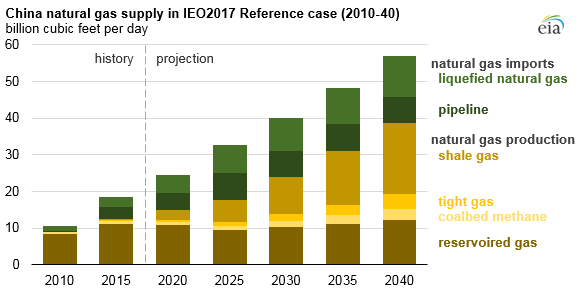 No more. In 2017, China was the world’s fastest-growing natural gas market. Consumption grew by 15%, more than twice the rate of economic growth. LNG imports grew by a staggering 46%. Government targets imply strong natural gas demand growth for at least the next decade—although infrastructure constraints could limit consumption in the short and medium terms.

Key conclusions from the authors include the following: