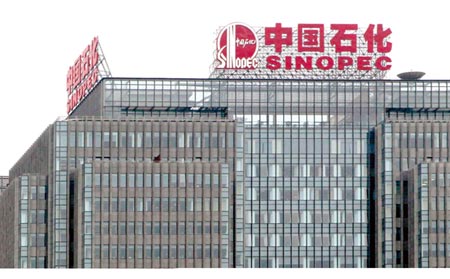 24 August 2018, Singapore/Beijing — China’s Unipec will resume purchases of U.S. crude oil in October after a two-month halt due to the trade dispute between the world’s two largest economies, three sources with knowledge of the matter said.

The decision to start buying crude oil again from the United States comes after Beijing earlier in August excluded it from its import tariff list.

A source with knowledge of the matter said Unipec will “buy some U.S. crude, loading in October, following the change in Beijing’s policy.”

“Unipec’s imports shrunk when China retaliated by putting crude oil on the tariff list but now it is coming back to normal business with import volumes recovering,” a second source said.

The sources spoke on condition of anonymity as they were not authorized to discuss commercial deals with media.

Unipec did not respond to a request for comment.

Unipec, the trading arm of Asia’s biggest refiner Sinopec (600028.SS) and also one of the largest buyers of U.S. oil, stopped loading American crude in August and September after Beijing announced in June that it plans to impose a 25 percent tariff on crude oil imports from the United States.

It was not clear how much U.S. oil Unipec would buy. U.S oil takes about 1-1/2 months to reach China, which means cargoes loaded in October would arrive in November or December.

It also was not clear, however, whether all of the U.S. crude bought by Sinopec would end up in China.

A third source said the October cargoes were meant for third-party trading, meaning they may be sold on and end up in other countries.

Before the trade dispute broke out, China overtook Canada as the largest importer of U.S. crude in the first five months this year, importing an average of nearly 350,000 barrels per day, data from U.S. Energy Information Administration showed.

The resumption of U.S. oil purchases may not last long, however.

U.S. and Chinese talks aimed at resolving the trade dispute ended on Thursday with no breakthrough, and both countries instead activated another round of tariffs on $16 billion worth of each other’s goods.

Many analysts expect U.S. crude to be hit with tariffs eventually should no solution be found.