Lagos — China, one of the largest consumers of transportation fuel globally, had a lot at stake when it became the ground zero for coronavirus (COVID-19) and subsequently announced countrywide lockdown to arrest the spread.

This resulted in sharp decline in the domestic fuel demand, forcing some of the state-owned refiners to make deep production cuts. However, China appears to have passed the lowest point of the impact caused by COVID-19.

The fuel demand and crude runs have gradually begun to shore up in the country, demonstrating signs of business activity slowly returning to normalcy, says GlobalData, a leading data and analytics company.

Still, the company is making efforts to enhance its capacity as the Chinese government is targeting a rebound in economic growth by revoking travel restrictions and other measures.” 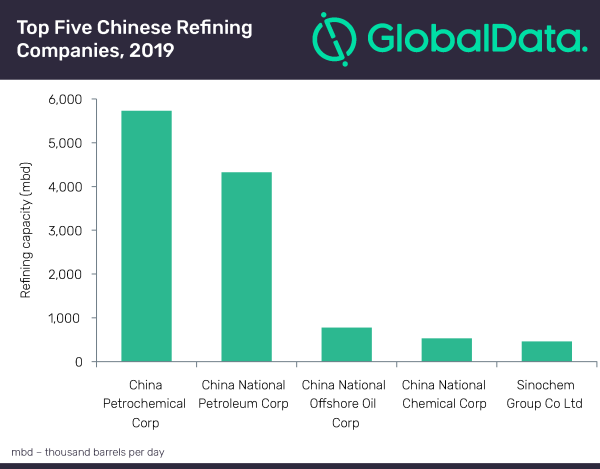 China National Petroleum Corp, which is the second largest refiner in the country, also took the defensive route of operating at reduced capacity to minimize the impact of COVID-19.

The company is likely to increase its production in April 2020 as businesses resume operations, which can lead to a gradual appreciation in fuel demand in China.

While in February 2020, operations in major ports at Shanghai and Shenzen were hampered due to the pandemic and this had forced oil importers such as PetroChina Company Ltd (PetroChina) and China National Offshore Oil Corporation (CNOOC) to decline crude oil deliveries from Brazil and West Africa.

Ahmed concludes: “However, with the pandemic threat receding, to cover lost ground, China’s refining companies are not likely to refuse crude deliveries any longer.

However, it can prove to be an uphill task for the nation’s refiners to recover the ground given the scale of impact.”