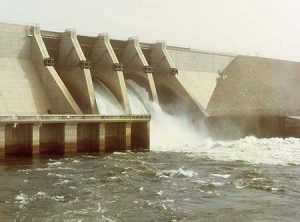 Nairobi — Chinese and Spanish developers of Congo’s Inga 3 hydroelectric dam are unable to agree how to proceed, according to a letter written by China Three Gorges Corp, suggesting construction of the already delayed project is unlikely to begin any time soon.

A consortium led by China Three Gorges and another headed by Spain’s Actividades de Construcciony Servicios (ACS) signed a preliminary agreement last year to jointly develop the 11,000 megawatt Inga 3, but construction has not yet begun and details about how the project will be managed have not been finalised.

Inga 3, which would be the largest hydropower project in Africa, is expected to cost some $14 billion and take eight years to build. About half of the power is slated to go to South Africa, with about 3,000 MW earmarked for the Congolese population and mining sector, the parties have said.

But financing of the project, part of a long-stalled Grand Inga programme to expand hydroelectric dams along the Congo River that could eventually produce more than 40,000 MW, has been a recurrent problem.

In 2016, the World Bank suspended tens of millions of dollars in funding, criticising Inga 3’s “strategic direction” after the government assigned the portfolio to the president’s office.

The September 20 letter by China Three Gorges representative Wang Yu to Bruno Kapandji, who heads the agency in Democratic Republic of Congo overseeing Inga, was published in a report released on Monday by New York University’s Congo Research Group and Brussels-based Resource Matters.