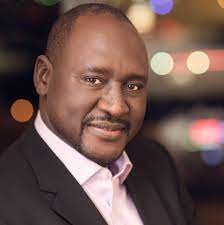 Lagos — The Civils Society Legislative Advocacy Centre, CISLAC has called for collaborative partnership by relevant stakeholders in the Nigerian oil and gas sector in the beneficial ownership campaign.

Auwal Ibrahim Musa, Executive Director, CISLAC during a one-day sentitisation campaign in Lagos on Thursday, said collaborative efforts will help give a voice to, and curb corruption in the country’s financial, procurement and other strategic sectors, and contribute effectively to domestic revenue mobilisation for financing development of critical sectors of the economy.

According to him, illicit financial outflows are perpetually on a geometric progressive increase year on year, costing Nigeria around 17 billion US dollars annually, with special emphasis on the oil and gas industry.

He said as long as wrong incentives and dysfunctional supervision dominate the national financial systems, consequences in the form of terrorism, financing, trans-national organised crime, tax evasion and illegal enrichment of politically exposed persons will prevail.

“We were already facing some sanctions from the European Union for the non-existence of anti-money laundering legislations; while we see and hear of prosecutions of Individuals and entities involved in the Panama papers leaks and the wikileaks among others. There seems to be no legal framework that enables the convictions of all that was involved from Nigeria; aside from the fear of the international community. It is worthy of note here that concealing of the beneficial owners’ costs lives of our fellow countrymen as terrorists use international financial systems to sustain their operations; Without transparent ownership of Nigerian and international companies operating within the Nigerian jurisdiction. We will not be able to stop the bleeding through illicit financial outflows which are progressively increasing year on year”, he said.

The Nigerian Government made commitments to strengthen anti-corruption reforms and joined the Open Government Partnership, OGP in July 2016 in a bid to deepen institutional and policy reforms.

One of the commitments within the anti-corruption agenda in the consolidation of existing and new reforms, was the establishment of a Public Central Register of Beneficial Owners of companies.

Six years after the commitment, Nigeria just recently crossed the first bridge which is having the CAMA amended to support the beneficial ownership registry establishment.

Mr. Musa said, while legitimate corporate businesses have an integral role in national development, the involvement of politically exposed persons who conceal corruptly acquired wealth through the complex networks of companies deliberately created to hide their identities,
has further increased the risks they pose to non-fortified economies.

“The Siemens, Halliburton and Malabu oil scandals, to cite a few high-profile cases, had a net impact on revenue leakages that was unbearable for the country’s finances and the citizens’ economic well-being”, he said.

He called on relevant stakeholders in the oil and gas sector to form a strong alliance against the menace, particularly in making sure that the beneficial ownership register being compiled by the Corporate Affairs Commission, CAC sees the light of the day.