Evergreen
Home featured Citi warns oil may collapse to $65/b

Citi warns oil may collapse to $65/b

Newswire — Crude oil could collapse to $65 a barrel by the end of this year and slump to $45 by end-2023 if a demand-crippling recession hits, Citigroup Inc. has warned. 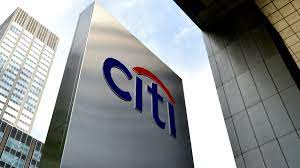 That outlook is based on an absence of any intervention by OPEC+ producers and a decline in oil investments, analysts including Francesco Martoccia and Ed Morse said in a report. Brent, the global crude benchmark, last traded near $113 a barrel.

Oil has soared this year following the invasion of Ukraine, and banks are now trying to chart its course into 2023 as central banks raise interest rates and recessionary risks mount. Citi’s outlook compared the current energy market with crises of the 1970s. At present, the bank’s economists do not expect the US to dip into recession.

“For oil, the historical evidence suggests that oil demand goes negative only in the worst global recessions,” the Citi analysts said in the July 5 note. “But oil prices fall in all recessions to roughly the marginal cost.”