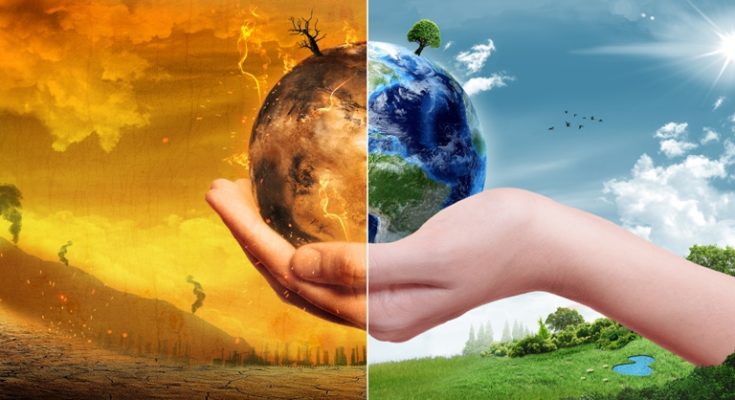 20 May 2018, Sweetcrude, Lagos — Sixty global investors on Friday called on the oil and gas industry to do more to tackle climate change, a report by Reuters quoting Financial Times has said. The investors want companies to be more transparent about their plans to change their operations.

This is a part of the global shift to a low-carbon economy, necessary to meet the terms of the 2015 Paris climate agreement to keep global warming below 2 degrees.

“As long-term investors, representing more than $10.4 trillion in assets, the case for action on climate change is clear,” the investors said in an open letter published in the Financial Times newspaper.

“We are keenly aware of the importance of moving to a low-carbon future for the sustainability of the global economy and prosperity of our clients,” they said, adding related regulations would create additional costs to the industry.

The oil and gas industry and its products account for 50 percent of global carbon emissions, and so the most effective strategy for companies to take was to reduce the carbon impact of its products, the letter said.

“The capital allocation decisions they make today are important to determine how likely they are to survive that transition,” it added.

The issue has formed a central part of corporate engagement for many of the investors ahead of the season for annual general meetings.

BP will hold its AGM on Monday, with fellow oil major Royal Dutch Shell on Tuesday, at which shareholders are set to vote on whether the company should set firm carbon emissions targets linked to the Paris deal.

“Regardless of the result at the Shell AGM, we strongly encourage all companies in this sector to clarify how they see their future in a low-carbon world.

“This should involve making concrete commitments to substantially reduce carbon emissions, assessing the impact of emissions from the use of their products and explaining how the investments they make are compatible with a pathway towards the Paris goal.”

The letter also urged policymakers to take “clearer and more collective action” to implement regulation supporting investment in lower-carbon technologies and would talk with companies and maintain oversight of their actions.

“The broad support for this letter sends one clear message- investors are embracing their responsibility for supporting the Paris agreement. It is time for the entire oil and gas industry to do the same,” a spokesman for Newton Investment Management, one of the signatories, told Reuters.