According to leading data and analytics company GlobalData, the reported contract value of US$48.01bn in Q4 2019 is higher than the previous quarter that reported US$46.5bn in value despite there being a major decline in the number of contracts from 1,575 in Q3 2019 to 1,199 in Q4 2019.

The company’s latest report: ‘Q4 2019 Global Oil & Gas Industry Contracts Review’ states that the upstream sector reported 907 contracts in Q4 2019, followed by midstream and downstream/petrochemical sector with 188 and 124 contracts, respectively during the quarter.

North America recorded 379 contracts followed closely by Europe with 378 contracts, each representing 32% of the total contracts in Q4 2019. 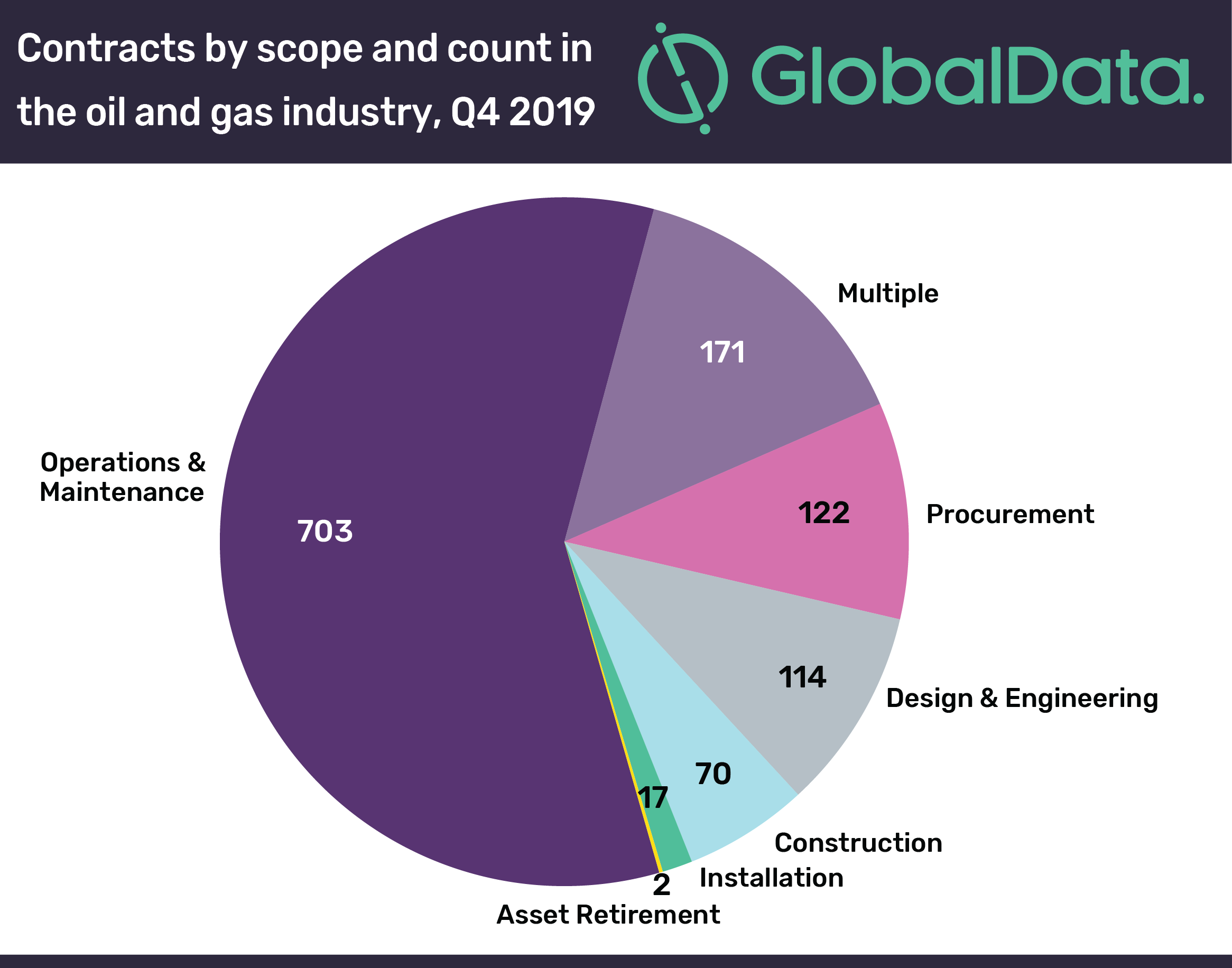 Operation and Maintenance (O&M) represented 59% of the total contracts in Q4 2019, followed by contracts with multiple scopes, such as construction, design and engineering, installation, O&M, and procurement, which accounted for 14%.

Other notable contracts during Q4 2019 include Yinson Production subsidiaries’ two contracts combined worth US$5.4bn from Petrobras for the charter as well as operation and maintenance services for Marlim 2 FPSO destined for operations at Marlim and Voador field, offshore Brazil; JGC, Fluor, and TechnipFMC (JFT) consortium’s US$3.73bn contract from Mozambique Rovuma Venture for the EPC of LNG production complex comprising of two natural gas liquefaction trains with a total LNG nameplate capacity of 15.2 million tonnes per annum (mpta) as well as associated onshore facilities in Cabo Delgado, Mozambique; and Samsung Engineering and Tecnicas Reunidas’ US$3.7bn contract from Sonatrach for the EPC of a new deep conversion oil refinery with capacity 5 mpta in Haoud El Hamra, in the Hassi Messaoud region of Algeria.