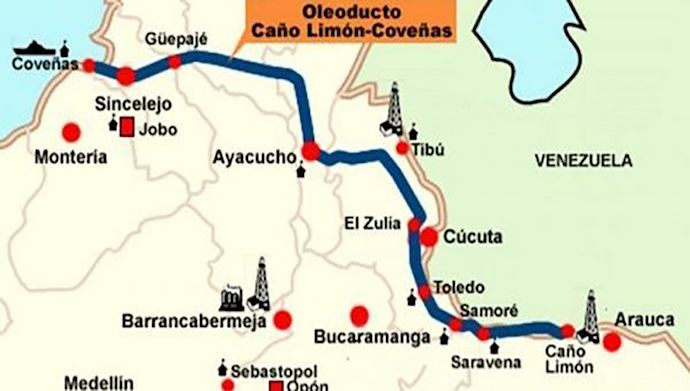 The bombing took place in a rural area of Ricaurte municipality near the border with Ecuador. The pipeline was not in operation at the time of the attack, Ecopetrol said in a statement on Saturday.

The company is waiting for the military to secure the area before sending in clean-up personnel, it said.

There have been around 20 attacks on Colombian pipelines so far in 2019. The Cano Limon pipeline was offline for most of 2018 because of bombings.

Although Ecopetrol does not usually name the group responsible for attacks, oil infrastructure bombings are regularly carried out by leftist National Liberation Army (ELN) rebels, considered a terrorist organization by the United States and the European Union.