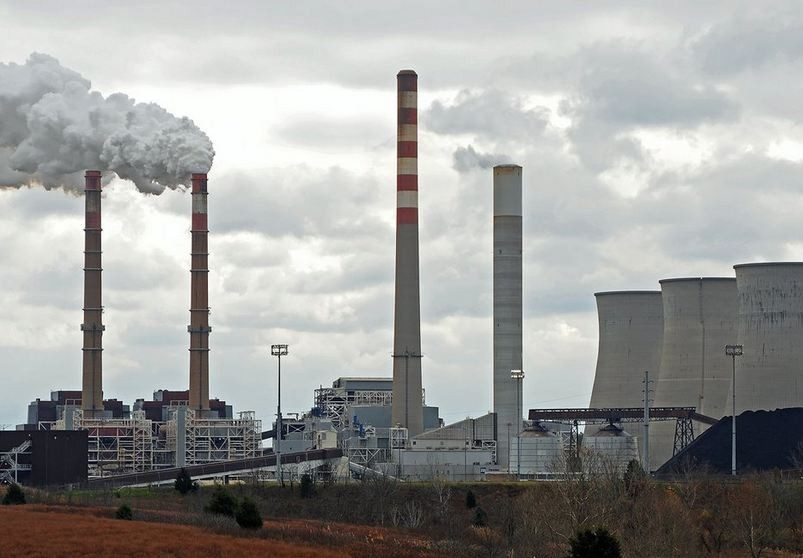 Launceston, Australia — A record drop in the amount of electricity generated from coal is likely this year, something that sounds positive for efforts to mitigate climate change, but things are seldom that simple.

Global electricity from coal-fired power plants will drop by 3%, or 300 terawatt hours, this year, according to an article by three power sector and climate change analysts published on Monday in the online journal Carbon Brief.

This would be the largest decline in coal-fired generation on record and is the result of falling output at power plants in Europe and the United States, the report said.

It also said that India will see coal-fired generation drop in 2019 for the first time in “at least three decades,” while China’s generation will stabilise.

China and India are significant for the coal-fired power market as these two countries are the world’s largest producers, consumers and importers of the fuel that is blamed for being a major contributor to rising carbon emissions in the earth’s atmosphere.

But while these statistics look positive from a climate change perspective, there are other equally credible numbers that point to growing industrial demand for the fuel and illustrate the scale of the challenge.

Global sea-borne trade in coal, both thermal for use in power plants and coking used for steel-making, is likely to rise this year after three years of being effectively flat.

In the first 10 months of 2019 global seaborne coal flows were 1.19 billion tonnes, according to vessel-tracking and port data compiled by Refinitiv.

From 2016 to 2018 global seaborne volumes were 1.32 billion tonnes in each of the three years, meaning this year is on track for an increase of about 8.3%.

Coal is also still largely a China and India story, as these two countries account for about 60% of the global electricity generated using the fuel.

China’s domestic production of coal is on track to rise this year, having gained 4.5% in 3.06 billion tonnes in the first 10 months of the year, compared to the same period in 2018.

Coal India, the state-owned producer that dominates the country’s output, has struggled so far this year, having experienced flooding and labour unrest.

In the first seven months of the fiscal year that started in April, Coal India has produced 280.36 million tonnes, down 8.5% from the same period last year.

The world’s largest coal mining company did manage to increase output in October from September’s six-year low, but the 39.35 million tonnes produced was still down 20.9% from the same month last year, according to data on the company’s website.

The company is unlikely to make its target of 650 million tonnes for the fiscal year to end March 2020, but it may manage to match the 606 million tonnes it produced in the year to March 2019.

While India’s imports have tapered off in recent months, it’s likely that the country will bring in as much in 2019 as it did in 2018.

Imports in the first 10 months of the year were 169.7 million tonnes, according to Refinitiv data, putting them on track to at least match, and possibly exceed the 2018 total of 195.3 million tonnes.

While coal used for power generation is likely to decline in 2019, the use of the fuel for industries such as cement and ceramics, as well as for steel, is likely to have increased.

It’s estimated that some 40 million tonnes, or about 20%, of India’s coal imports are now for industries such as cement, while some 50 million tonnes is imported for steel-making.

The risk for those policymakers and climate activists seeking a rapid end to the use of coal is that gains in reducing the use of the fuel for electricity are undermined by increases in industrial demand.