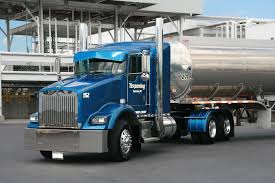 24 August 2018, London — The market for freight fuels is moving close to balance, after tightening significantly in 2017 and the first quarter of 2018, contributing to the recent stabilisation in crude oil prices.

Fuel availability appears to have improved since the middle of the second quarter, with U.S. distillate stocks rising to almost 131 million barrels last week, up from just 115 million in mid-May.

U.S. stocks are now 18 million barrels below the ten-year seasonal average, compared with a deficit of 23 million in May, and the gap is closing.

Confirming that stocks are still tight, but only marginally so, the calendar spread for European gasoil futures is close to level.

The one-year spread has been trading in an average backwardation of roughly $2.50 per tonne (just 32 cents per barrel) over the last 30 days.

The spread is currently in the 55th percentile for the distribution since 1994, implying traders see gasoil availability close to average levels.

Slower growth in global trade since the start of the year, and especially since the second quarter, is likely to be contributing to improved availability of distillates by moderating the increase in fuel consumption.

On the production side, refining margins for making gasoil remain healthy, averaging just over $15 per barrel in the last month, putting them in the 67th percentile since 2008.

Margins have widened since mid-July, but mostly because crude prices have weakened rather than gasoil prices have risen, reflecting weakness in the crude market rather than strength in fuels.

U.S. refiners produced more than 5.4 million barrels per day of distillate fuel last week, a seasonal record, and more than 600,000 bpd above the ten-year average.

If refinery runs remain strong throughout the remainder of August and September, which seems likely in the absence of a hurricane strike on the Texas-Louisiana coast, distillate availability should improve significantly.

In a sign that distillates are becoming more plentiful, hedge fund managers have cut their net bullish position in European gasoil by 50 million barrels since late May and in U.S. heating oil by 30 million barrels.

The distillate market seems to have re-found its balance and availability should remain high unless global trade accelerates again or the northern hemisphere winter is unusually long and cold.