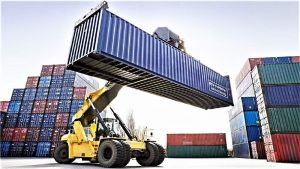 London — Commodity prices are rising rapidly as the manufacturing side of the global economy bounces back from the first wave of the coronavirus epidemic and lockdowns last year.

By November, global manufacturing activity had recovered all of its pandemic-related losses and merchandise trade volumes were more than 1% higher than prior-year levels. In contrast, much of the service sector across North America, Europe and even Asia remained closed.

The result has been a surge in commodity consumption, lifting the prices for almost all commodities above year-ago levels and boosting producers’ income at the expense of consumers.

Fifty-three out of 63 commodities monitored by the World Bank were up in price in December 2020 compared with the same month a year earlier.

The notable exception was crude oil, where prices remained below year-ago levels as restrictions on domestic travel and international passenger aviation continued to limit consumption.

Non-energy commodity prices were up by a weighted average of more than 16% in December compared with the same month a year earlier, in contrast to a 23% decline in crude oil prices.

Non-energy prices were at the highest average level since mid-2014 and were rising at the fastest rate since mid-2011, according to World Bank statistics.

Some of these price increases may be attributable to a strong La Niña surface cooling in the Pacific Ocean, which can adversely affect agricultural production in tropical and sub-tropical regions.

La Niña “puts some countries in Southern Africa, the greater Horn of Africa, Asia and the Pacific at high risk of incurring agricultural losses”, the United Nations Food and Agriculture Organization warned earlier this month.

Since most commodities are traded in dollars, some of the increases may also be attributable to the decline in the greenback, the value of which fell by 3-4% on a trade-weighted basis in the year to December 2020.

But the biggest driver is likely to be the resurgence of manufacturing and merchandise consumption around the world despite the ongoing coronavirus epidemic.

In North America and Europe, consumer spending on merchandise has held up, while spending in bars and restaurants, and on tourism and other services has remained tightly restricted.

Even in East Asia, where the epidemic has been suppressed more effectively, merchandise spending has also held up better than services.

The result is a global manufacturing-led recovery, which is not only boosting demand for raw materials, but also intermediate items such as semiconductors, and stretching the capacity of the freight and logistics system to cope.

In China, the world’s largest manufacturing centre, manufacturers’ electricity consumption rose by 12% year-on-year in November, compared with an increase of just 8% in services, underscoring the extent of the manufacturing-led boom.

Every price is both a source of income for producers and an expense for consumers.

Rising commodity prices are therefore altering the terms of trade both within and between nations, re-routing income and spending flows (“Trouble looms for developing countries as commodity revenues collapse”, Reuters, 2015).

Commodity prices have their strongest impact in the poorest countries, which usually depend on them for much of their export earnings and government revenues.

In middle and high-income countries, the impact is concentrated on households at the bottom of the income distribution, which spend a relatively high share of their income on food, fuel and manufactured items, and are hardest hit by price rises.

(John Kemp is a Reuters market analyst. The views expressed are his own)