Combating piracy in the world’s most dangerous waters

Accra — The UN Security Council unanimously adopted a resolution on combating piracy in West Africa. Norway and Ghana introduced the initiative and led the negotiation process leading up to the resolution. 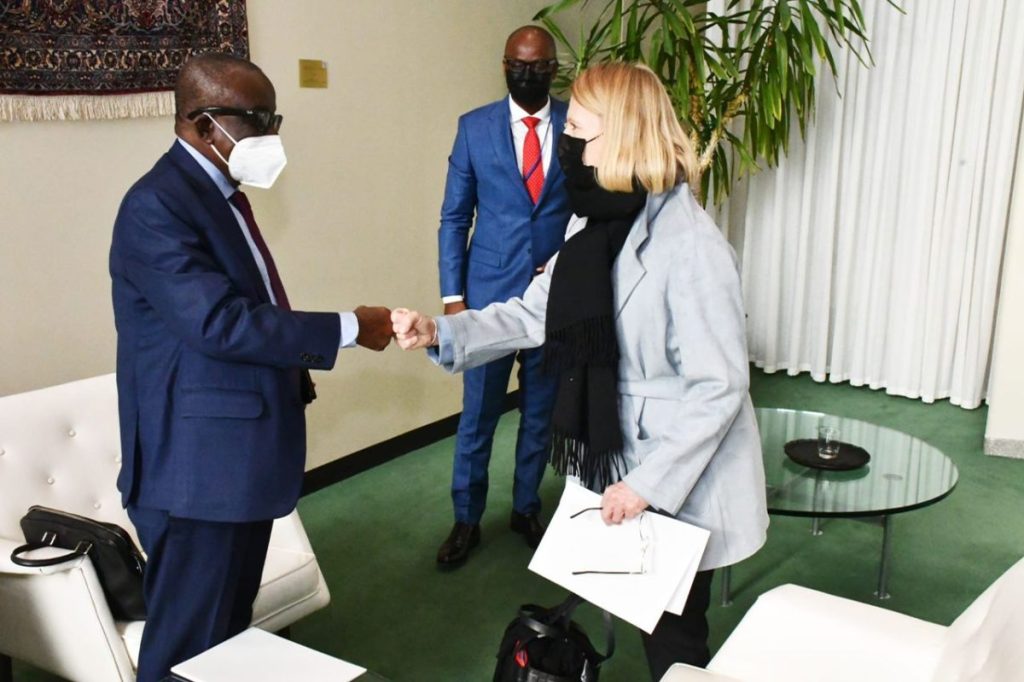 ‘The waters off West Africa are the most dangerous in the world. Pirates have posed a threat to the safety of ships sailing in the Gulf of Guinea off West Africa for more than 10 years. The adoption of the resolution by the Security Council today is an important step in countering this threat,’ said Minister of Foreign Affairs Anniken Huitfeldt.

­‘Improving security at sea in this region will help to increase economic growth for the coastal states and enhance the safety of seafarers,’ said Ms. Huitfeldt.

This is the first resolution on combating piracy in the Gulf of Guinea to be adopted in ten years.

‘The Security Council is sending a clear message that safe passage at sea is vital. It is essential that this resolution is followed up by the UN member states and countries in the region,’ said Ms. Huitfeldt.

The Gulf of Guinea stretches from Senegal in the north to Angola in the south, covering roughly 6000 kilometres of coastline. Every day, some 1500 fishing vessels, tankers and container ships navigate these waters. The Gulf of Guinea is an important shipping zone for the transport of oil, gas and goods to and from central and southern Africa.

Over the past 10 years, acts of piracy in the Gulf of Guinea have been widespread, particularly off the coast of Nigeria. Vessels and crews are working under constant threat of attack, armed robbery and kidnapping.

‘This Security Council resolution aims to help the coastal states of West Africa put in place necessary legislation and ensure prosecution of suspected pirates. The Security Council is also calling for increased international support and strengthened regional cooperation, while at the same time emphasising the responsibility of each individual state,’ said Ms. Huitfeldt.

Acts of piracy have significant adverse impacts on exports, trade and investments in the countries on Africa’s west coast. A UN study estimates that piracy costs the coastal states in the Gulf of Guinea around USD 2 billion per year. The costs of reduced investments and lost economic growth amount to tens of billions of dollars in addition to this.