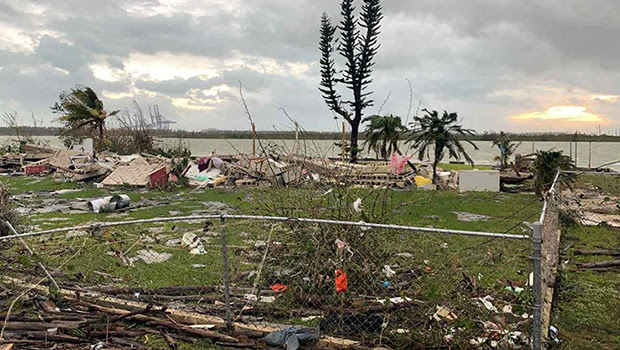 The figure marks a milestone for the Commonwealth Climate Finance Access Hub and is more than 35 times the original start-up investment of AUD 1 million from Australia. A further almost half billion USD has been applied for and is in the pipeline for climate action projects across the Commonwealth.

Secretary-General Patricia Scotland has described the initiative, which is currently managing 50 projects in 10 Commonwealth developing countries, as a “lifeline for the small and vulnerable”.

She said: “There is a relentless assault from climate change on countries in every region of our Commonwealth. Again and again media headlines have been dominated with strong adjectives such as “apocalyptic”, “record-breaking”, “monstrous” and “life-changing” when describing the cyclones and hurricanes, sea-level rises, and scorching droughts which are claiming lives and livelihoods, destroying homes and diverting countries from their development pathways.

“Today, in the wake of Hurricane Dorian, the death toll is rising in The Bahamas, where thousands are homeless and parts of the islands are demolished. This is why the Commonwealth has been working tirelessly since 1989 on critical solutions such as the Commonwealth Climate Finance Access Hub.”

Hosted by the Government of Mauritius, the Hub was created following the findings and recommendations of a 2013 Commonwealth Expert Group on accessing climate finance. In 2015 leaders endorsed the initiative in their joint statement.

“We had a situation where, despite the set-up of multi-billion dollar funds for climate action, countries seemed unable to meet the onerous conditions required to access financing for climate change projects,” the Secretary-General added.

“The Hub pays for top international climate finance specialists to join government departments and help them navigate the red-tape and make successful applications for projects to mitigate and adapt to the effects of climate change.”

The Commonwealth has received numerous enquiries from non-member states about the Hub and is exploring how it can extend the scope of its services.