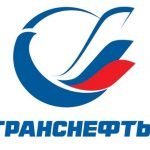 St Petersburg — Compensation for the tainted Russian oil which was supplied to Europe in cargoes and via the Druzhba pipeline will be on a company-by-company basis, Russia’s Deputy Energy Minister Pavel Sorokin told Reuters.

Sorokin said costs to clean the oil are different for crude supplied by the pipeline and that shipped in cargoes by the sea. Russia’s state oil pipeline monopoly Transneft plans to pay compensation and has cash, he said.

Sorokin, who is holding talks on behalf of the Russian energy ministry on the tainted oil crisis, said the clean up plan announced earlier was on track.