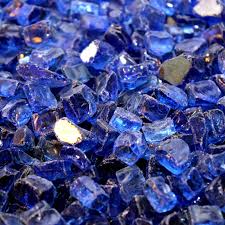 Kinshasha — Democratic Republic of Congo has granted a monopoly to a new state-owned company to purchase and market all cobalt that is not mined industrially in an effort to exert greater influence over prices, a government decree shows.

The November decree, seen by Reuters on Friday, creates a new subsidiary of state mining company Gecamines with exclusive rights to sell artisanally-mined “strategic minerals”, such as cobalt, a key component in electric car batteries.

The decree says it was motivated by “the necessity of controlling the entire artisanal supply chain and boosting government revenues through control of prices”.

It also aims to exert greater state oversight of working conditions in the artisanal sector, which has been plagued by instances of child labour and other abuses.

The move was confirmed on Friday by Albert Yuma, chairman of Gecamines, the main state-owned producer of copper and cobalt.

“We felt it was time to stop the loss of human lives of our fellow citizens in miserable working conditions and undignified remuneration,” Yuma told Reuters by telephone.

The entity is called Enterprise Generale du Cobalt, according to a source within Gecamines.

However, it was not clear when the new company would begin operations. Trading of artisanal cobalt, which is extracted with rudimentary tools in often unsafe conditions, is dominated by Chinese middlemen.

Congo produces about 60% of the world’s cobalt. It has been hurt by falling prices for the metal, which are now less than a third of their 2018 peak around $95,000, due to excessive supply and the impact of the U.S.-China trade war.

While most of Congo’s cobalt is extracted by industrial operators like Glencore and China Molybdenum , artisanal miners account for about a quarter of production.

The decree, published in the government’s official journal on Dec. 1, said the new company would also have a monopoly over other minerals designated “strategic” by the government, including coltan, a tantalum-rich ore, although Gecamines is not present in the part of the country where coltan is mined.

The mining minister did not immediately respond to a request for comment.

Gecamines is heavily in debt and has repeatedly struggled to implement projects aimed at boosting output.

President Felix Tshisekedi announced the creation of the new subsidiary in December, but did not say it would have a monopoly.

Artisanal mining in Congo was the second largest source of global supply after the country’s own official sector in 2017, according to estimates by research house CRU.