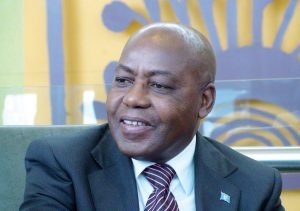 13 September 2018, News Wires —  Democratic Republic of Congo’s mines minister said on Wednesday that a new mining code signed into law in March that hikes royalties and taxes cannot be called into question.

Addressing a mining conference in the copper and cobalt-mining city of Kolwezi, Martin Kabwelulu called on industry leaders to work to implement the code as it was promulgated by President Joseph Kabila.

Major mining companies including Glencore and Randgold bitterly opposed the code, which axes tax exemptions and hikes royalties and profit taxes. They have been holding out hope it might be watered down in further negotiations.

“It is not the place of any participating party, whether civil society, mining companies or even the government to try to call into question the text governing the mining sector,” Kabwelulu said.

Kabila addressed the conference later, urging all parties to implement the new code. He also called on mining companies to explore beyond their existing concessions, most of which were state-owned before being privatized over the past two decades.

“I call on investors to move beyond the comfort of the land and concessions that were ceded to them by different state companies … to take real risks by exploiting the rest of the country,” he said.

Companies say the new code’s tax hikes and cancelling of 10-year exemptions for existing projects against changes to the previous fiscal and customs regimes breach previous agreements with the government and will deter further investment.

Congo is Africa’s top copper producer and the world’s leading miner of cobalt, a mineral which has seen a surge in demand to manufacture electric car batteries.