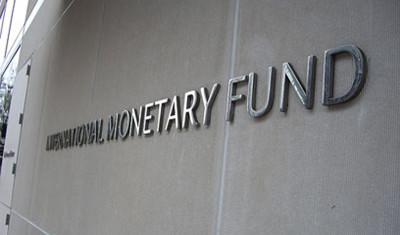 Dakar — Congo Republic’s public debt could be more than one-third higher than the International Monetary Fund estimated when it awarded a bailout last year because of liabilities held by the state oil company, environmental and rights group Global Witness said on Monday.

The IMF estimated the debt at nearly $9.5 billion, 85.5% of the Central African country’s GDP, when it approved a $449-million, three-year lending programme last July to help reduce its mountain of debt to China and Western oil traders.

If confirmed, this increase could hinder the OPEC producer’s economic recovery from a downturn that began in 2014 when oil prices dropped sharply, causing debt levels to balloon to 118% of GDP in 2017.

The IMF plan for Congo Republic was agreed last year after Brazzaville renegotiated a portion of its Chinese debt. But talks to salvage a tentative $1.7 billion debt restructuring between Congo Republic and energy traders Glencore and Trafigura are stuck, sources said last week, jeopardising the IMF bailout..

Audited accounts of SNPC reviewed by Global Witness show that the state oil company owes $3.3 billion to repay advances and other debt to joint venture partners, mainly Total , Chevron and Eni, and a consortium of banks led by Ecobank.

The liabilities, published in a report by Global Witness on Monday, were not included in the IMF estimates last year. They would push public debt to about 115% of GDP, if taken into account.

Reuters confirmed the figures by consulting the audited accounts, which are available on the website of Congo’s finance ministry.

An IMF spokesman declined to comment on Global Witness’ findings but said the Fund would soon release updated debt figures. SNPC and Congolese government officials did not respond to requests for comment.

In its analysis last year, the IMF said it had not factored in debt from state-owned enterprises that is not guaranteed by the government “because of limited information on their fiscal performance”. It acknowledged that some of that debt could ultimately end up on the government’s balance sheet.

“SNPC’s debts could end up on the state’s books, to catastrophic effect,” Global Witness said. “For Congo, SNPC is ‘too big to fail.’”

Total said in a statement that the $1.2 billion SNPC owes it is reimbursement for payments made on SNPC’s behalf to fund development of production facilities.

Chevron said it complies with all applicable laws and regulations in Congo. Eni said the advances it paid for capital and operating expenses would gradually be reimbursed in kind. Ecobank did not respond to a request for comment.