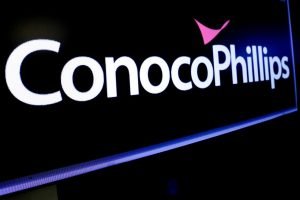 News wire — U.S. oil and gas company ConocoPhillips said on Thursday it would sharply reduce oil production in coming weeks, aiming to shut in 35% of its total output by June amid weak energy prices that led to a loss of $1.7 billion in the first quarter.

The world’s largest independent oil and gas producer, which reduced its 2020 production forecast two weeks ago, plans to curtail output by a further 40,000 barrels per day (bpd) in May and bring its total cuts to 460,000 bpd by June, lopping off more than a third of what it pumped last year.

The figure includes significant reductions in the company’s Alaska oil and gas production.

Crude prices have crashed in the past six weeks as the coronavirus outbreak hit demand and a price war broke out between Russia and Saudi Arabia, prompting companies to slash spending and curb output.

The crash in crude prices led the Houston-based company to report a first-quarter loss on Thursday as it took big hits from impairments and the falling value of its stake in Canadian producer Cenovus Energy.

Conoco is currently the biggest shareholder of Cenovus, with a 17% stake, according to data from Refinitiv Eikon, and its unrealized loss on the stake was $1.69 billion during the quarter.

Total realized price per barrel was $38.81 in the quarter compared with $50.59 a year earlier, Conoco said.

Excluding items, ConocoPhillips earned 45 cents per share, while analysts had expected a profit of 23 cents, according to IBES data from Refinitiv.

Production, excluding Libya, in the latest quarter was 1.28 million barrels of oil equivalent (BOE) per day, a drop of 40,000 BOE per day from the same period a year ago.