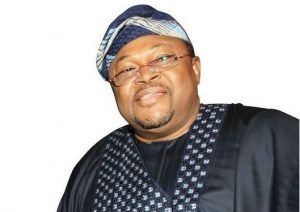 Lagos — The once bubbling Conoil – one of Nigeria’s first oil exploration and producing firms – have hit the times, losing 30 percent of its production.

Sources within the company, who spoke with this Newspaper, cited ‘bad leadership’ as reason for the drop in production while some said a recent maintenance of facilities the company embarked on had taken a negative toll on the company’s production.

Also, the mass exit of capable hands from the company in the last five years for greener pastures, and the inability to find good replacements, have also put the company in difficulty.

Gradually being squeezed out of downstream sector

To make matters worse for the company, it could be squeezed out of the downstream sector if its passion to be one of the best continues to wane. Observers say the company would need “game-changing plan going forward”.

Its earnings increased by 35percent from N85 billion in 2016 to N115 billion in 2017 while it rewarded shareholders with N1.40 billion dividend (N2.00 on every 50 kobo ordinary share), beating analysts’ expectation.

However, comparing its activities with other major marketers such as Total, Forte oil, 11plc, Eterna Oil and MRS listed on the Nigerian Stock Exchange, there is evidence that the company is lagging behind. A source, who spoke with SweetcrudeReports, said the company needed to step up in terms of advertising, investments and value-added services.

“The downstream industry is competitive. New products are being introduced but Conoil has been there doing almost nothing. They need to expand their retail products and also improve branding. Most of its filling stations are not properly branded too,” the source said. .

Conoil’s net margin was the lowest in the downstream sector in 2017, declining to one percent as against 3 percent in 2016.

In a statement, the company had attributed the performance to its culture of financial discipline, prudent and efficient execution of projects and plans, aggressive product development, and marketing, supported by cutting-edge customer service delivery, while assuring that its promise to its shareholders remains maximum value.

The company had declared profit after tax of N550.65 million in its half quarter 2018 result. No proposed dividend or bonus was announced. It recorded N1.6 billion profit after tax in the third quarter of 2018.

However, there are fears that its declining production and lack of expertise in managerial positions may at the end of the day, override its efforts at boosting financial flow and attracting more investments.