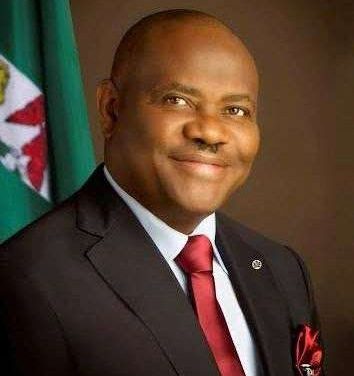 Port Harcourt — Rivers State Governor, Nyesom Ezenwo Wike, has said that the Federal Government’s planned construction of a deep seaport in Bonny Island, was not feasible but deceitful.

Recall that the Federal Government, recently performed a ground breaking ceremony for the construction of a deep seaport in Bonny, as well as a narrow gauge rail line from Port Harcourt to Maiduguri.

But the state governor has said that the implementation of the Bonny deep seaport was unrealistic, owing to the fact that the current administration has just one year left before preparations for 2023 general elections.

Governor Wike who said this at the inauguration of the Rumuji-Ibaa-Obelle -Isiopko Road project, explained that by the time the drawing plans for the deep seaport projects comes out, the current administration must have left office.

The Governor wondered if the narrow gauge rail line was what the people of Rivers State want, adding that it was time for people to hold politicians accountable to their words.

He urged the people to stop expecting politicians who do not have the capacity and commitment to fulfil promises they make or interested in driving development to communities of their supporters.

“Let them tell us what they had done for Rivers state. I hear they have flagged-off railways narrow gauge from here ( Port Harcourt) to Maiduguri. Is that what we need?

“They want to do Bonny Deep Seaport, for how many years now? Before the drawing will come out, has the government not gone. In their hearts, they know they’ll not do it. They only have this year, next year is political year. Tell them we cannot be deceived any longer.

“I tell you, PDP is a party that Nigerians and Rivers people have seen that have the zeal, and commitment to save Nigerians.”

The governor also explained that his development programme was implemented to create a conducive environment that offers Rivers people more opportunities to actualise their potentials.

He said development was not about sharing money, but all about making the environment conducive for economic activities to thrive, so that people can work and find food to eat.