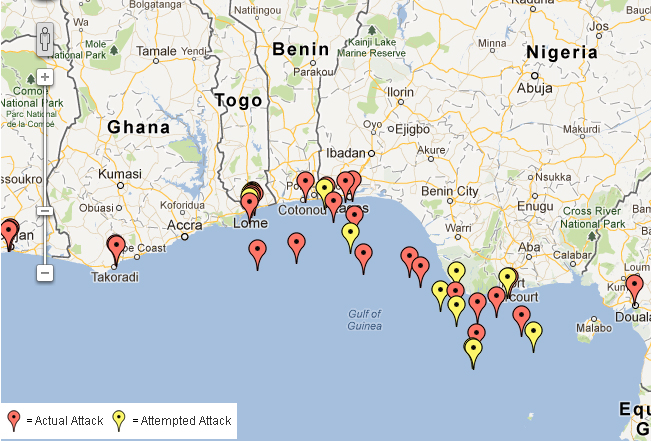 Lagos — The International Maritime Bureau, IMB, says fighting piracy in the Gulf of Guinea should be through consultations rather than confrontation and partnership as against taking unilateral actions.

According to him, the crime that was being addressed was very fluid in nature and so formal and informal partnerships were needed.

“The primary objective in fighting piracy is to secure seafarers and aid trade and so coastal states should have mechanisms to report attacks without disruption.

“At the ICC-IMB piracy centre, we notice different modus operandi in play and it shows that since 2019, crime at sea has been commercial, the multiple crew kidnappings are highly organised and the risk involved very dangerous.

“There is need for robust regional response not only in the Gulf of Guinea but in other areas at sea,” he said.

Mody noted that there was a lull in incidence of attacks since mid-February, which he attributed to legal exercise and commended the Maritime Administration and Safety Agency (NIMASA) for the development.

On his part, Mr Emmanuel Maiguwa, Secretary General, Maritime Security Providers Association of Nigeria (MASPAN), who delivered a paper, called for the implementation of the Global Maritime Distress and Safety System (GMDSS) as well as the Automatic Identification System (AIS).

He added that implementing the systems would ensure people at sea were properly identified for safety and security.

“There is also the need for strategic segregation and regulation of the use of waterways, a boat that do not have GMDSS and AIS have no right to be at sea.

“There should be a centralised intelligence and access across the Gulf of Guinea, adoption and successful implementation of the justice system and having full control of the Maritime Transport Safety Act model,” he said.

Also speaking at the event, the Coordinator of the Deep Blue Project, NIMASA, Mr Anthony Ogadi, said the maritime agencies should not stop at signing MoUs, but bringing solutions to the table.

“What can the Navy, Airforce, Department of State Security (DSS) and other security agencies bring onboard to solve this menace of piracy, Deep Blue Project is ready for take-off with the C4i, 44 assets in all, but it is a complementary effort to the Navy and Airforce.

“NIMASA cannot do it alone and so the need for the army, navy to come onboard,” he said.

He described the Nigerian Seafarers Development Programme (NSDP) as a programme to gainfully engage the youths in the riverine and coastal areas, so that they would refrain from piracy.

Meanwhile, the President of the Ship Owners Association of Nigeria (SOAN), Dr Mkgeorge Onyung, assured that ship owners were willing and ready to support NIMASA and other security agencies in the fight against sea piracy.

Onyung revealed that his tanker vessels had been attacked twice in 2011 with three seafarers kidnapped and in 2015 when five seafarers were kidnapped.

“We place ships on the waters and employ seafarers who work onboard these ships. We take these seafarers as our children. As a ship owner, you can’t sleep when your ship has been hijacked or the crew kidnapped.

“On the two occasions my vessels were hijacked, we lost monies because the contracts were gone and tempers were high.

“Shipping is bigger than oil and gas. NNPC should also cooperate with ship owners to provide jobs that will enable us employ more people and curtail the economic hardships that lead people to piracy,” he said.

Earlier in His remarks, Mr Andy Isichei, President, NCS, said pirate attacks in the Gulf of Guinea meant economic loss to the region and a bane to the Nigerian economy.

Isichei noted that maritime security was one of the cardinal issues NIMASA planned to focus on and hoped they would disclose efforts and additional steps taken to secure the Gulf of Guinea.