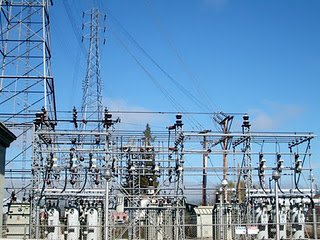 23 October 2017, Sweetcrude, Lagos —The Federal Ministry of Power, Works, and Housing, the Nigerian Electricity System Operator, NESO, and Transmission Company of Nigeria, TCN, have contradicted one another over how much power Nigeria currently generates and transmits.

NESO is a semi-autonomous sector under TCN, responsible for operating the transmission system, while TCN was recently transferred back to the government after the exit of its past owner, Manitoba Hydro International.

In a statement signed by Federal Ministry of Power, Works and Housing on Monday, October 23 and published on its website, titled ‘Shehuri Solicits Support From Development Partners’, Minister of State for Power, Works and Housing, Hon. Mustapha Baba Shehuri said power generation in Nigeria has increased to 7, 001 megawatts, likewise transmission to 6, 800 megawatts.

“The Minister revealed that with the support of the Development Partners especially, the African Development Bank (AfDB), generation and transmission capacities in the country has increased to an all-time high of 7,001MW and 6, 800MW respectively. He added that the only area that needs more attention from the Development Partners is that of expansion of distribution network”, the statement read.

The minister’s statement of a boost in power generation and transmission comes a day after NESO’s operational report said the national Grid generated 4, 145 megawatts on Sunday, October 22, as against 4, 722.7 megawatts on Saturday.

Contradicting Shehuri’s claim that TCN’s transmission capacity had increased to 6, 800, TCN’s Interim Managing Director and Chief Executive Officer, Usman Gur Mohammed in a statement at the recently held annual Powering Africa Conference in Abuja, also published by TCN on its website with title, ‘TCN PLANS TO INCREASE ITS CAPACITY TO 20,000 MW IN FOUR YEARS’, said TCN can boast of 7000megawatts, adding that the company targets 20, 000 megawatts in the next four years.

“Mr. Mohammed noted that TCN can presently boast of 7,000 MW wheeling capacity and that its engineers are presently installing more than 10 transformers simultaneously, in different states of the Federation”, according to the statement.
This is not the first time government outfits in the country would state conflicting figures on activities, further increasing worries, and notions that publicly owned companies lack the capacity to give accurate accounts of their operations.