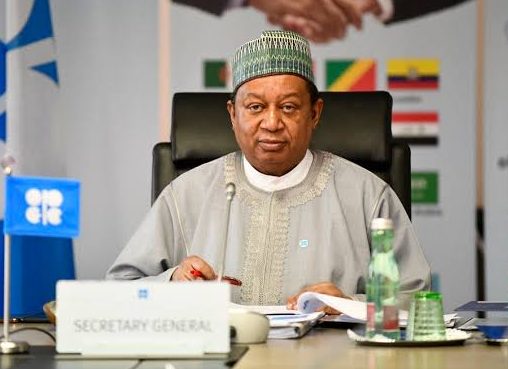 According to him, climate change and energy poverty are two sides of the same coin, hence, discussions on one must be held alongside the other.

“The delicate balance between reducing emissions, energy affordability and security requires comprehensive and sustainable policies, with all voices being heard, and listened to”, Barkindo said.

“…the future of humanity is at stake,” he added.

The OPEC Chief stressed on the need to ensure energy is available and affordable for all, move towards a more inclusive, fair and equitable world in which every person has access to energy, aligned with Sustainable Development Goal, SDG 7.

“… and we need to reduce emissions”, he added.

“It is an energy sustainability trilemma, with each piece having to move in unison.

“The science tells us that tackling emissions has many paths. There is no one-size-fits-all solution, for countries or industries. The narrative that the energy transition is from oil and other fossil fuels to renewables is misleading and potentially dangerous to a world that will continue to be thirsty for all energy sources”.

He urged the group to take into account the capacities, national circumstances, and development priorities of developing countries.

“The adverse socio-economic impacts on developing countries due to mitigation activities should be considered, to identify remediation measures and share best practices.

“Financing is critical to reach climate targets set in developing countries’ NDCs. Developing countries have underscored the need for enhanced support, including financial resources, technological development and transfer, and capacity building, as well as a new collective goal for climate finance, to aid adaptation and back increased ambitions for climate mitigation action”.

According to him, OPEC advocates putting multilateralism at the centre of energy, climate and sustainable development, adding that it remains committed to the United Nations Framework Convention on Climate Change, UNFCCC process, particularly the core elements of equity, common-but-differentiated responsibilities and national circumstances.

“The oil and gas industry can foster its resources and expertise to help unlock a low-emissions future, through its role as a powerful innovator in developing more efficient technological solutions.

“OPEC subscribes to a sustainable path forward; one that works for us all”, he said.