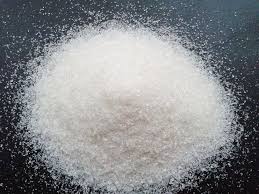 Lagos — FOLLOWING the outbreak of Coronavirus that has been declared as a pandemic by the World Health Organization, WHO, there has been an increase in the importation of ammonium into Nigeria.

It was gathered from the Nigerian Ports Authority, NPA, import statistics otherwise known as shipping position, from Lagos Pilotage district showed that ammonium and steel recorded a whopping 3.590.640 million metric ton of both ammonium and steel were brought in the month of march, thereby leading the import chart for the month.

Although, the statistical table was silent on the volume of ammonium as the total figure represented the commodities.

Petroleum Motor Spirit, PMS, recorded the recorded second largest commodity with 274,009metric tons for the month in focus
Of the volume, about 27,500metric tons of this was Automated Gas Oil, AGO, otherwise known as diesel while Low pour fuel oil recorded 8,500metric ton brought into Calabar port.

It was also indicated that the confectionary industry also received a boost as a total of 168, 688metric tons of bulk wheat was being expected before the end of the month of March as some of the importation of wheat have arrived the country.

Another surprising commodity that made it to import chart was petcoke which recorded a total of 50,000metric tons in the month of March.
Petcoke is the coke that is derived from a final cracking process—a thermo-based chemical engineering process that splits long chain hydrocarbons of petroleum into shorter chains—that takes place in units termed coker units.

It was also gathered that most of the bulk wheat were discharged at Apapa Bulk Terminal Limited inside the nation’s premier port in Lagos.