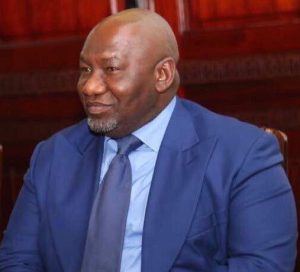 Port Harcourt — The Federal High Court, Yenagoa, has adjourned the suit by the OML 29 communities against the renewal of the Oil Mining Lease, OML, 29 licence to Aiteo Eastern Exploration and Production Company to May 16, 2019.

Presiding judge, Justice Awogboro Abimbola, was absent as the case came up last week for hearing.

Officials of the court had informed the parties to the case that Justice  Abimbola’s absence was due to the demise of her mother and communicated the new adjourned date of May 16.

Recall that the people of Nembe-Bassambiri in Bayelsa State – the host communities of OML 29 – had approached the court to halt the renewal of licence for OML 29 to Aiteo, pending the outcome of a substantive suit before the court.

The development was sequel to plans by the Minister of Petroleum Resources to renew the lease of the oil block to Aiteo for the sum of $82 million without regard to the position of the community in Suit No. FHC/YNG/CS/62/2015.

The application sought an order restraining the Minister of Petroleum Resources from granting any application for the renewal of OML 29 licence beyond the subsisting 30-year term, which will expire on May 30, 2019.

But, the absence of Justice Abimbola stalled hearing on the suit.

Reacting to the development, Legal Adviser to the Opu-Nembe Council of Chiefs, Diewerio Wuku, said that more communities in the Nembe Kingdom had indicated interest in joining the suit.

“The courtroom was filled to the brim as more Chiefs from Nembe who are seeking to join the case were disappointed at the court not sitting and their interest to join is welcome.

“The Nembe Chiefs resolved to approach the courts to seek redress to avoid people resorting to self help,” Wuku said.

Also speaking, the spokesman of the Nembe Council of Chiefs, Chief Nengi James, urged the judiciary to rise to the occasion and dispense justice to the people.

It should be noted that the Shell Petroleum Development Company, SPDC, in 2015 divested its equity in OML 29 and transferred its interest in the oil block, including the Nembe Creek Trunkline, NCTL, to Aiteo for the sum of $1.7 billion.

The Nembe communities however frowned at SPDC’s divestment and transfer of interest to Aiteo (an indigenous company) without factoring in what they described as “social obligations”to the host communities.

They subsequently approached the Federal High Court sitting in Yenagoa to halt the renewal of the OML 29 lease which is due to lapse in May, but the court has urged the parties to resolve the disagreement by dialogue.