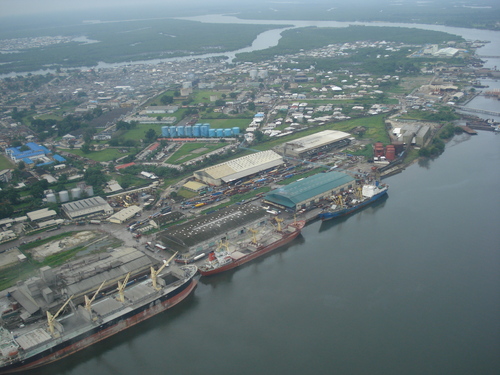 28 January 2018, Sweetcrude, Port Harcourt — The National Industrial Court in Port Harcourt, Rivers State has adjourned to the 4th of February, 2018 for hearing of a suit filed by over 300 aggrieved dockworkers in BUA Ports and Terminal Operator Limited at the Port Harcourt seaport who were allegedly wrongfully sacked without severance benefit since 2015.

Justice Polycarp Hamma who adjourned the matter also struck out another related suit on the insistence of the defence counsel who argued that the originating suit was not signed by the claimants’ counsel.

The Defense Counsel, Barrister Angus Chukwuka in his argument urged the court to strike out the matter because such action had made the entire suit defective and inactive.

Responding, the claimants’ counsel, Barrister Uche Ogwudu agreed with the submission by the defendants’ counsel and urged the court to strike out the suit based on what he described as human errors.

Speaking to newsmen after the court session, Counsel to the Dockworkers, Barr.Uche Ogwubu said he will refile the application for the next hearing of the matter.

According to him, striking out the suit would enable them to refile in a bid to fast-track the hearing of the matter

“On the second case, there was an error in the originating process and the matter needed to end. At the end of the day, the matter was struck out, so we can refile again. We are refiling immediately.”

Meanwhile, Counsel to BUA Ports and Terminal Operators Limited, Barr. Angus Chukwuka expressed relief that one of the suit was struck off.

“They have filed a motion to amend their objecting process and I did not object, actually there were many motions to amend, which bothers on confusion in their filing.

“Of course, it is a relief that one is gone. I’m sure they too will be relieved that one is off their shoulder,” he said.