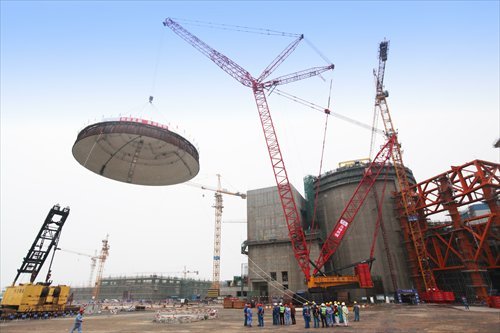 Lagos — China recently reported that the COVID-19 outbreak will have no impact on the progress of the construction of nuclear power plants in the country in the short-term, and the reactors already in operation were also not affected.

China was initially expected to approve at least six new nuclear projects in 2020. It has 47 reactors in operation and around 13 under construction. All the reactors, which are in the construction phase, have resumed their works and no operational reactor units were suspended during the outbreak, says GlobalData, a leading data and analytics company.

Somik Das, Senior Power Analyst at GlobalData comments: “The cumulative installed capacity for nuclear power in China by the end of 2019 was 48.8 gigawatts (GW) and the country as per its 13th five-year plan aimed to increase its nuclear capacity to 58 GW by the end of 2020. To achieve its target, the country has around 12.4 GW capacity under construction, it was expected that the country would fail to meet its targets due to prior project delays before the onset of the pandemic and a halt in the new approvals.”

Additionally, China was actively looking for new sites to build nuclear waste treatment plants. China drew most of its technology from France, Canada, and Russia. The latest technology acquisition has been from the US (via Westinghouse, owned by Japan’s Toshiba) and France.

Das concludes: “It is commendable that China has stuck to its nuclear plans while France, which is a world leader in nuclear power, is facing tough situations arising out of the pandemic. In contrast to the Chinese authorities, the French authorities estimate that capacity addition is expected to take a hit by the end of the year. This also indicates that the Chinese nuclear players were better prepared to cope with the pandemic than most other nations.”